How Can AI Help the Developing World? 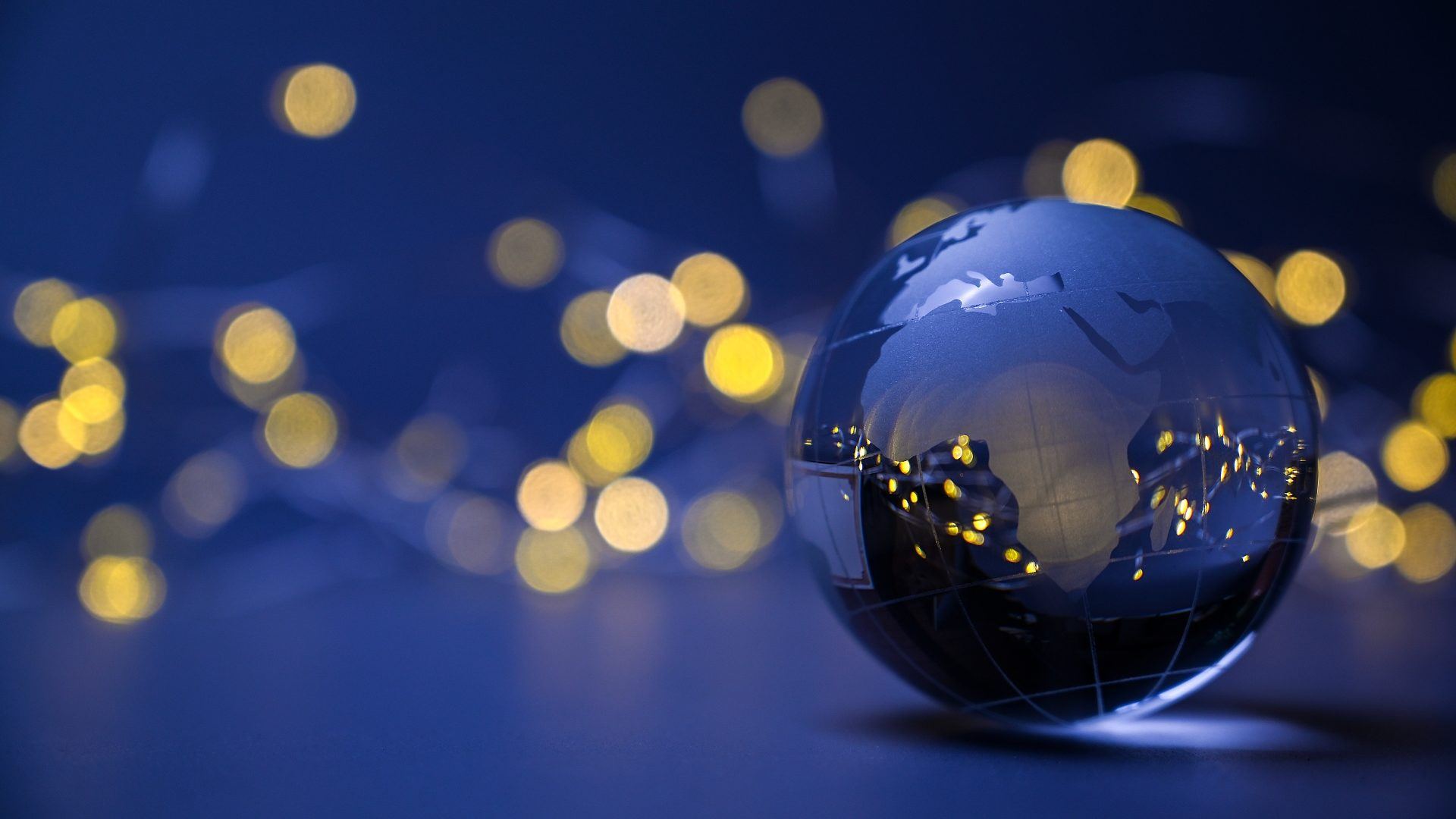 According to World Bank, there are roughly 750 million people in extreme poverty, those who barely survive on $1.90 USD a day or less. While this fact is staggering, and even shameful given the abundance of developed countries, there is some hope for the future. In 1990 World Bank estimated that 36% of the population, nearly two billion people, lived in extreme poverty. Today that number has been cut to 10% of the world. Unfortunately, there is also bad news: World Bank estimates between 70 and 100 million people are at risk of sliding into extreme poverty because of the COVID-19 global pandemic, many of them women.

So how can artificial intelligence (AI) help? Ed Hsu is the senior adviser of disruptive technologies at World Bank, and his job to further the organization’s goal to reduce extreme poverty to just 3% of the population by 2030. In a recent Intel on AI podcast, he and host Abigail Wen discussed a number of issues around AI, poverty, health care, and more.

"We're not here for one or two short-term solutions . . . we really want to have solutions that can drive economic growth in the long-term."

As I wrote in a previous blog about Andrew Ng, AI’s ability to improve health care is one of the most promising application areas, especially in the field of diagnosis. But as Ed notes in the podcast, transferring that technology to other regions of the world has pitfalls because so many of the algorithms we’re using now have been trained on data from developed countries. For example, the imaging equipment used to build a training set at an American teaching hospital may be of a very different specification to the imaging suite available at a small hospital in a developing country.

Additionally, different regions can have wildly different disease profiles. “Diseases of affluence” are a big part of the caseload in the developed world, whereas doctors in the developing world may spend more time treating diseases related to poor living conditions, like tuberculosis, or environmental factors. (My own father never forgot the toll that malaria took on his patients in sub-Saharan Africa).

Available treatments also differ as many of the treatments available in Europe or North America, for example, are not available other parts of the world. When looking at possible treatments, doctors must consider available resources, the location of viable public health clinics, the quality and efficacy of pharmacies. Here’s a tech challenge for the brave: figure out a way to protect patients from counterfeit medication.

This is why education is a crucial component for AI success in the developing world: just like any software development project, the closer you are to the end-user and the problem you are trying to solve, the better your chances of success. One of the biggest obstacles Ed sees is capacity among governments and non-governmental organizations (NGOs) that don’t have the staff or data science training needed to evaluate what AI projects could be most effective. Ed sees the role of organizations like the World Bank as being to fill this gap, working with technology companies, vetting AI solutions, and recommending where governments and NGOs should focus their efforts. Intel is working to be a part of this solution by scaling our AI for Youth program to nine countries this year.

One set of data that is relatively standard all over the world, because it’s a visual map of the entire world, is satellite imagery. This imagery isn’t without its own problems: some of it can be quite expensive to procure, while some of if it that is provided free of charge isn’t at the resolution needed for accurate models. Another challenge is that making satellite images interpretable requires collecting ground truth data from the right region. For example: datasets from Europe or America might have plenty of wheat and potato fields, but not much cassava. And even where the crops are a match, hand cultivation on small holdings looks a lot different to the highly mechanized cultivation of huge fields common to Europe and North America.

However, there are still very interesting use cases around being able to understand agriculture better, such as predicting crop yields, the impacts of climate change, and forestry devastation. For example, two years ago World Bank worked with Amazon, Microsoft, and Google to build an AI model called the Famine Action Mechanism that would help predict when and where the next famine would occur by analyzing crop yield, weather patterns, market price fluctuation, and more.

Another problem World Bank is attempting to solve is the fact that over a billion people don't have access to reliable energy—one of the foundations for economic opportunities and jobs. AI models can help predict the demand for energy and help with finding the places to add new capacity. Better optimization between supply and demand can help ensure reliable energy, especially from renewable resources like solar and wind.

In addition to satellite imagery data, World Bank is looking broadly at mobility data to find trends for where people are moving to determine the best placement for COVID testing sites and how to prevent further spread of the virus. Outside of COVID response, Ed explains that mobility data can be used for cutting down commute times: rapid urbanization in developing countries (key to opening up new job opportunities and reducing poverty) has led to extremely long commutes on heavily congested roads, making commute times an important economic and social issue. Spending several hours a day in transit can be damaging not only in terms of direct travel costs, but the impact on home and family life. Using AI to optimize transportation can give economic opportunities to the people that most need them.

There are, however, significant barriers to this idea. One is that the data is not readily available as it is not collected as well as it is in developed countries. A second barrier is a lack of data governance. Not enough countries have established regulations around data. The private sector may hold the data, but there aren't clear regulations around who has access to that information or there isn't a way in which governments and NGOs can work with the private sector to access data.

In the podcast, Ed notes that there are still a lot of risks around data collection and fears that any benefits derived from such access won’t go towards those who need it most. He also reinforces the fact that people, regardless of economic stature, are very concerned about data privacy.

World Bank conducted a survey that found, in Kenya, only 40% of customers were willing to permit the sale of their financial data. In Nairobi specifically, 64% of customers chose a loan with a 10% fee and strong data privacy rather than a loan at half that rate with less data protections. The results were similar in other regions as well. In Bangalore, 66% customers chose the loan with strong privacy at a 10% rate versus one with a lower rate, and 82% chose to wait longer to apply for a loan that provided more privacy. This underscores the importance of having strong data privacy regulations and how important it is for people to understand how their data will be used.

One of the reasons I enjoy working at Intel is because the company is committed to equalizing AI resources, capabilities, and services to benefit the greater world through programs like AI 4 Social Good. “Accelerating the elimination of extreme poverty” isn’t something I had previously considered as a potentiation application area for AI. Ed and Abigail’s conversation is fascinating and inspiring throughout, do listen to the whole thing. I’m looking forward to future episodes!

To listen to more Intel on AI episodes with fascinating guests, visit: intel.com/aipodcast