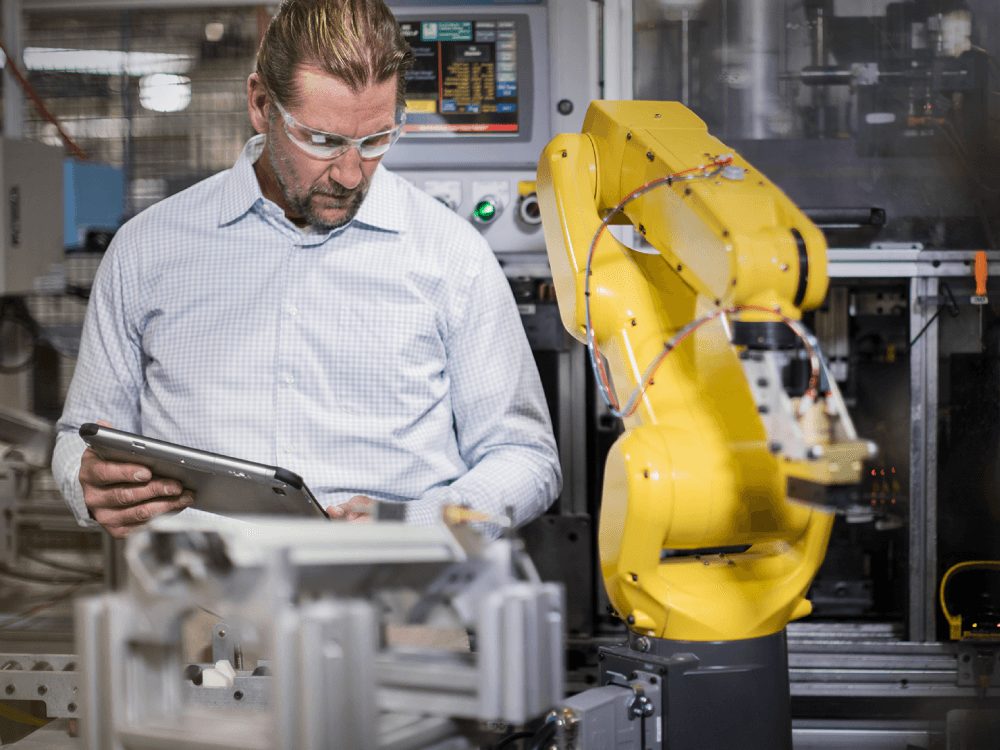 As a Manufacturing IT Principal Engineer, I have helped Intel’s factory management evolve over the last two decades from manual processes toward the goal of being 100 percent automated. In our recent white paper, “Using Big Data in Manufacturing at Intel’s Smart Factories,” we describe the crucial aspects of Intel’s continuing automated manufacturing journey and the benefits automation—accelerated by the Internet of Things—has brought to Intel. These benefits include reduced cost, accelerated velocity, world-class quality, and improved safety.

But as I travel the world discussing Intel’s key learnings about automated manufacturing with customers and partners, I find that many companies are starting from square one. While they are interested in the advanced techniques Intel is using, such as automated material movement, IoT integration, real-time capabilities, virtualization, and interoperability with our suppliers, the manufacturing processes at these companies are still very much based on human intervention, pen-and-paper tracking, and manually operated production lines. Advanced automation is well and good – but how do they get started?

To help answer that question, in this blog I’ll cover the basics of factory automation – those critical components that must be in place as a foundation before more advanced practices can be achieved.  I hope this information will help you as you evaluate your own journey.

So, what are smart factories made of?

The first ingredient in a smart factory is the MES. This is the heart of factory automation through which all the factory transactions flow; it is the gatekeeper for equipment and material states. The MES, which can be developed internally but is more often purchased from a third-party supplier, is a transactional system for managing and tracking the state of equipment and work-in-process on a factory floor. As parts move physically on the factory floor, they move logically through the MES. An MES keeps track of information in real time, receiving up-to-the-minute data from various sources, which can include employees, machine monitors, equipment host controllers, and even robots. An MES can enable leaner operations and increase product quality through standardized workflows.

When evaluating an MES, a company should consider several factors.

For the MES itself, high performance is paramount. The MES architecture should be re-entrant and multithreaded to support a high level of parallelism. (If these terms are unfamiliar, keep reading, and I’ll explain what they mean.) This is because the MES must track and execute transactions for different parts of the factory at the same time. In today’s brutally fast-paced business environment, waiting for information to come through a queue can significantly erode a company’s competitive edge. Other important attributes of an MES include a fully redundant architecture, the availability of remote interfaces, easy access to APIs for customization, and user interfaces that support configuration and manual intervention in processes when necessary.

The MES database is usually determined by the MES vendor, so it is an important part of the MES evaluation process. Again, don’t skimp on performance – automation can put a heavy load on the database, and the database must be able to scale as automation increases. Similar to the MES, look for a database that is highly parallel. For example, some databases lock the entire table when an update is occurring, while others are more flexible and lock only the row that is being updated.

Another important MES and database consideration is support availability. It’s best to find out what others in the industry are using, and choose an MES and database that are well supported by the vendor(s) for the operating system in use. Going with an obscure choice, or a combination of MES, database, and operating system that is not popular in the industry could leave you on an island with the esteemed privilege of uncovering many of the bugs and issues that exist in the system without having a fast path to fixing them.

Think of the middleware as the mail carrier for factory automation, who also speaks every language on the planet. Middleware serves as an isolation and translation layer between the entire install base of automated capabilities. It enables you to reconfigure or swap-out factory automation systems without having to make changes to any of the other automation components. It also supports transaction aggregation, which is useful in many equipment transaction situations such as moving a carrier of production material into or out of a process operation.

When a factory transaction executes, the middleware abstracts this transaction and translates the single “action” into many separate actions. For example, it could start actions in the MES and scheduling system, set a flag in the quality control system, and publish data to a repository.

Middleware usually handles every transaction and routes every message in the factory. Therefore, evaluation of the available middleware solutions with high performance and parallelism should be similar to the MES/database evaluation process.

PCs at Each Equipment Station PCs are the ears, eyes, and mouth of factory automation. They communicate with the equipment, control that equipment, and send that information back to the factory automation systems like the MES. At Intel, we use PCs equipped with high-end processors, because performance is critical to keeping Intel’s factories running at peak capacity. High-performance PCs are necessary because the PC may communicate with a production tool many times per second, with hundreds of data variables in play – and data comes back at that same rate – providing real-time data that powers quality decisions. (Some factories that focus on assembly of products may not need this level of monitoring, but the semiconductor industry certainly does.)

In addition, the PC must communicate simultaneously with the MES and the equipment. Therefore, it must be capable of multiplexing (the simultaneous transmission of several messages along a single channel of communication). The PC also serves as the operator interface for controlling equipment (start, stop, change parameters). Several backend components comprise the rest of the automation system. These include, but are not limited to, the following:

When a company is ready for more advanced automation, they may add in automated material handling through robotic delivery (methods include overhead hoist, ground-based transport, and rail-mounted transport). A material control system is required to maintain the state of the automated vehicles and to provide instructions and synchronization.

Putting it All Together for Automated Manufacturing

If it seems like there’s a lot to factory automation, you’re right. Intel has decades of experience in factory automation, we’re documenting our journey with the goal of helping fellow travelers create their own automated manufacturing architecture.

In the next few months, I’ll be posting additional blogs talking about more advanced aspects of smart factories, the industrial Internet of Things, edge computing, and how Intel is putting technology to work in our manufacturing facilities. For more information about how Intel IT is making Intel’s factories smarter, read our recently published 2016-2017 Intel IT Annual Performance Report, “Accelerating the Pace of Business through IT Innovation”.