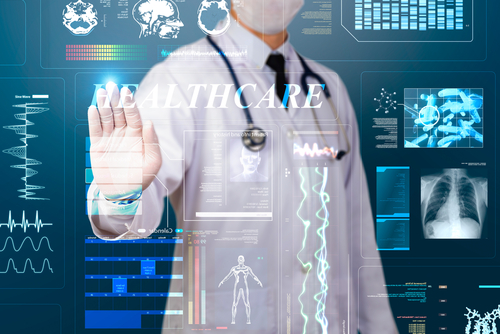 An aging population and shortage of physicians worldwide are creating significant challenges to healthcare access. In 2016, it was estimated that 8.5 percent of the global population is over age 65, and projected to double from 2025 to 2050(1) and one report estimates the shortage of physicians worldwide growing to 12.9 million in 2035(2). As healthcare systems worldwide grapple with this issue, they are looking to new technology solutions that can improve access in a way that improves the patient experience and increases the efficiency of providers.

I recently sat down with Dr. Ray Costantini, CEO and Co-Founder of Bright.md, which is operating in the emerging and fast growing space of Care Automation – combining evidence based medicine, big data, and artificial intelligence to automate care workflows. Care automation shows promise to address critical access and quality issues in a way that improves the patient experience.

Care automation is something we believe will be getting much more attention in the coming years. In the first part of this interview series with Dr. Costantini, we talk about the origins of his company and why it came about. In subsequent posts we’ll cover the definition of care automation and the promise it holds for re-shaping healthcare delivery.

Intel: What’s the motivation behind your organization and what market forces spurred its founding?

Costantini: The idea behind Bright.md came out of a recognition of several different challenges: first, patient access in the U.S. is terrible. Right now, across the country, the average wait time to see a primary care provider is more than two weeks, and in some cities (like Boston) it’s more than two months.[i] [ii] But the interesting issue is, that’s really just a symptom and not the true underlying problem. If you dig a bit deeper – asking why our primary care access isn’t better – you start to reveal the real issue.

Fundamentally, we have a supply/demand problem. There’s an explosion of patient demand, driven by a growing population, an aging population, and an increasing number of previously uninsured patients who are now able to financially seek health care. In contrast, we have a diminishing primary care capacity. We don’t have enough available care, and to make things worse, more than 50 percent of primary care providers are experiencing moderate or worse burnout[iii]. We cannot attract new primary care providers, and we’re losing the ones we already have. That combination means we’re looking at more than a 30 percent shortage of primary care services in the next few years. That’s truly a crisis level issue.

Primary care provider capacity is the rate-limiting, capacity-constraining issue that we’re struggling with. Strangely, while we’re facing that crisis, we also have our primary care providers spending a huge chunk of their time far below top-of-license practice, often on low level administrative tasks like charting and order entry.

A lot of health systems are trying to address the "patient access" issue through telehealth. I personally spent half a decade leading the remote care strategy for a major health system, building out its telemedicine and telehealth portfolio. But what I realized while doing that was that telehealth might remove the geographic barrier to access, but it doesn’t do anything to solve the underlying supply/demand issue that’s driving it. In fact, delivering care via video generally takes more provider time per visit than delivering that same care in person.

That wasn’t an intuitive issue for me, and I’ve seen it be similarly counter-intuitive to other health systems as well, but think about it this way: anything that a doctor would have had to do in an in-person visit (interviewing, charting, order entry, prescriptions, patient education, billing, etc.) they still need to do in the context of a video visit. But now they also end up having to deal with the foibles of video conferencing and remote synchronous communication. Think about the last time you had a business video conference. Was it as efficient as it would have been if you could have sat down in front of each other for a face to face meeting? The answer is usually, “no.” And, on top of that, remember that with video care you’ve got a sick patient on the other end of the video. There’s a good chance that they’ve rarely (if ever) done video conferencing before – and now they’re having to figure it out while they’re feeling lousy. Clearly not a great efficiency play. In fact, it generally takes about 20 minutes to deliver care in person, and about 25 minutes to deliver care via video.

In response to that set of issues, Bright.md has built SmartExam™, an AI “virtual physicians’ assistant”© – it’s a software platform that automates the care delivery process, letting patients get remote care from their own trusted care team, while also using automation to support the provider’s workflow. By doing that, we’re able to help providers deliver more thorough, evidence-based care on an order of magnitude that is much more efficient than in person or via video. Instead of taking 20 minutes of provider time to deliver care, with SmartExam, you can deliver even better care, 10 times more efficiently.

I often tell physicians that using SmartExam is sort of like working with the very best resident you’ve ever had, but who can also magically beam into the patient’s home to interview them for you. The system performs an adaptive, in-depth, evidence-based clinical interview and exam, reviews relevant EMR records, synthesizes and documents all that information in a chart-ready clinical note, puts in all your orders, creates personalized patient education materials, and finishes all your billing. All of that then gets brought back to the attending physician for easy, efficient review and finalization. Once completed, it all gets sent automatically back into the EMR as structured data and transcriptions.

Watch for more from my conversation with Dr. Costantini in future blog posts.

What questions do you have about care automation? What are you seeing in the marketplace?