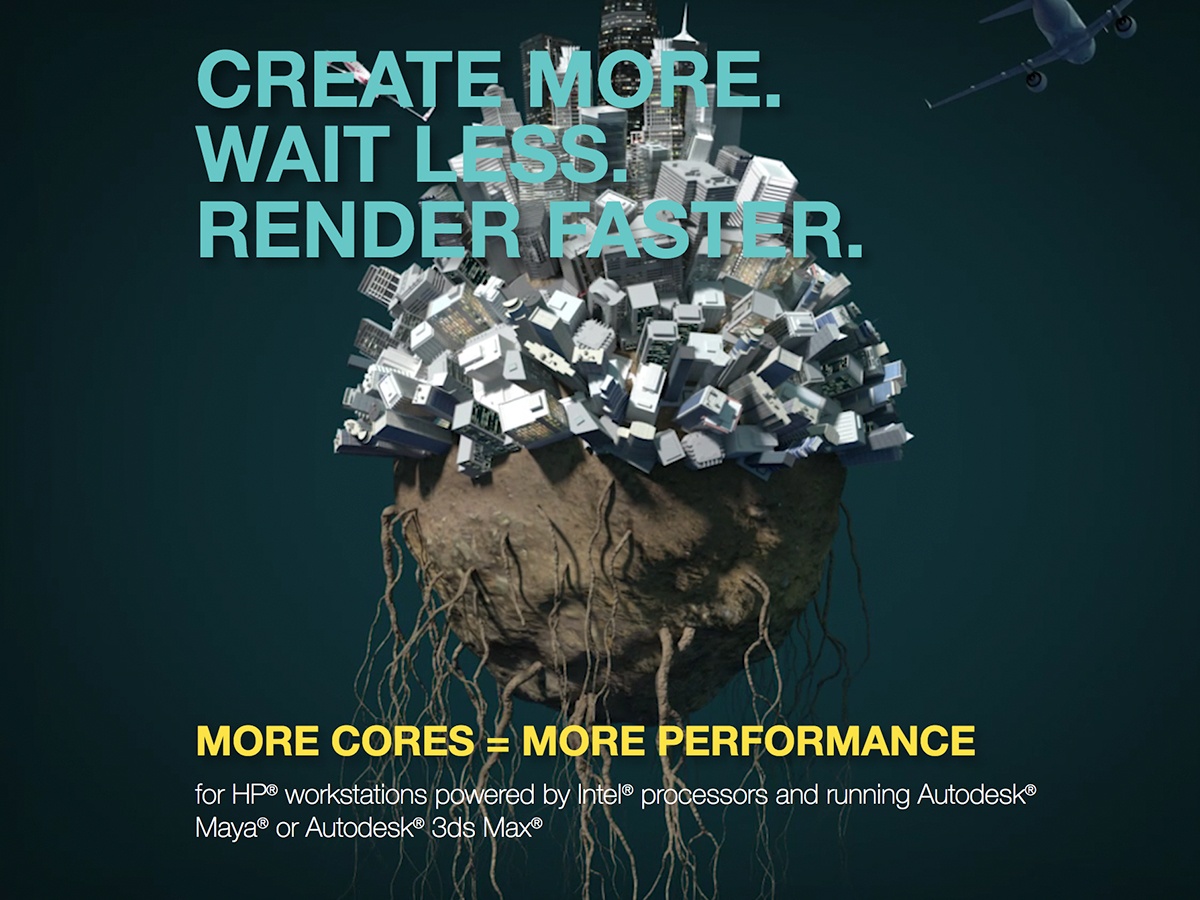 3D rendering is everywhere, and I’ve seen a great example of how you can increase designers’ productivity by rendering workloads up to 150-percent faster.1 Why does that matter? Because rendering time is critical when creating virtual-reality (VR) content today. Learn more in this solution brief. A good portion of major motion pictures and even television shows make use of a green screen with a rendered environment or weather added in at a studio later. 3D modeling for architecture, engineering, and construction (AEC) is also rapidly replacing the use of 2D blueprints.

Many 3D animators and AEC users choose animation, modeling, and rendering software from Autodesk. Animation and modeling requires more than just the right software, though. It requires processing power to meet the performance demands of that rendering software, which is why I was happy to learn of recent testing results.

Prowess Consulting looked at the impact of core count on rendering times with Autodesk solutions and found that running Autodesk Maya* and Autodesk 3ds Max* on Intel® processors with higher core counts reduced rendering time compared to using systems with fewer cores. The advantage of rendering faster is that 3D animators and 3D modelers have more time to create content because they spend less time waiting for projects to render. See this infographic for a quick overview of results.

Autodesk Maya is one of the leading computer animation software toolsets used to create visual effects and characters for movies and games in the media and entertainment industry. It was actually used on every picture nominated for an Academy Award for Best Visual Effects in 2016 and 2017.2,3

Autodesk 3ds Max is a cousin to Maya. It is used in the AEC and media and entertainment industries to generate 3D environments, models of buildings, product designs, and VR experiences.

Both solutions are popular with students and freelance animators and modelers, in addition to professionals. Both also use Arnold as the default renderer. Arnold was originally developed by Solid Angle, which joined Autodesk in 2016. Autodesk chose to include Arnold in Maya and 3ds Max because it’s easy to use and offers advanced ray tracing capabilities that are ideal for intensive rendering.

What does all this have to do with Intel? Well, 3D animation, 3D modeling, and rendering workloads require large amounts of processing power. 64-bit, multi-core processors with support for Intel® Streaming SIMD Extensions 4.1 (Intel® SSE4.1) or higher are required to run Maya and 3ds Max. And rendering in Arnold is engineered to take advantage of multi-threading. So the more threads a CPU has, the more advantageous that is to Arnold.

Even though I expected the systems with more cores to outperform the ones with fewer cores, I was surprised at the magnitude of savings found. The results weren’t even exclusive to Arnold used to render in 3ds Max and Maya. The results reflected the times for Arnold to render as a standalone solution too. In both tests, Arnold rendered faster on the systems with more cores—179-percent and 95-percent faster.

More Than Just the Core Count

See the Results of Having More Cores and Advanced Intel® Technologies

The net result of these tests is proof that Intel® processors with more cores and embedded technologies, whether Intel® Xeon® Scalable processors or Intel® Core™ i9 processors, handle CPU-intensive workloads faster than processors with fewer cores. Artists, architects, and engineers who animate, model, or create immersive VR experiences can spend more time working and less time waiting for their work to render when they use systems with more Intel® cores and embedded Intel® technologies.

You can see the full results of the testing done here.

You might also enjoy my previous post, “Intel Xeon Processors Help Autodesk Turn 2D Images into 3D Models at Lightning Speeds,” which looks at how Autodesk harnesses the power of Intel processors for the creation of 3D AEC projects. And don’t forget to follow me and my growing #TechTim community on Twitter: @TimIntel.