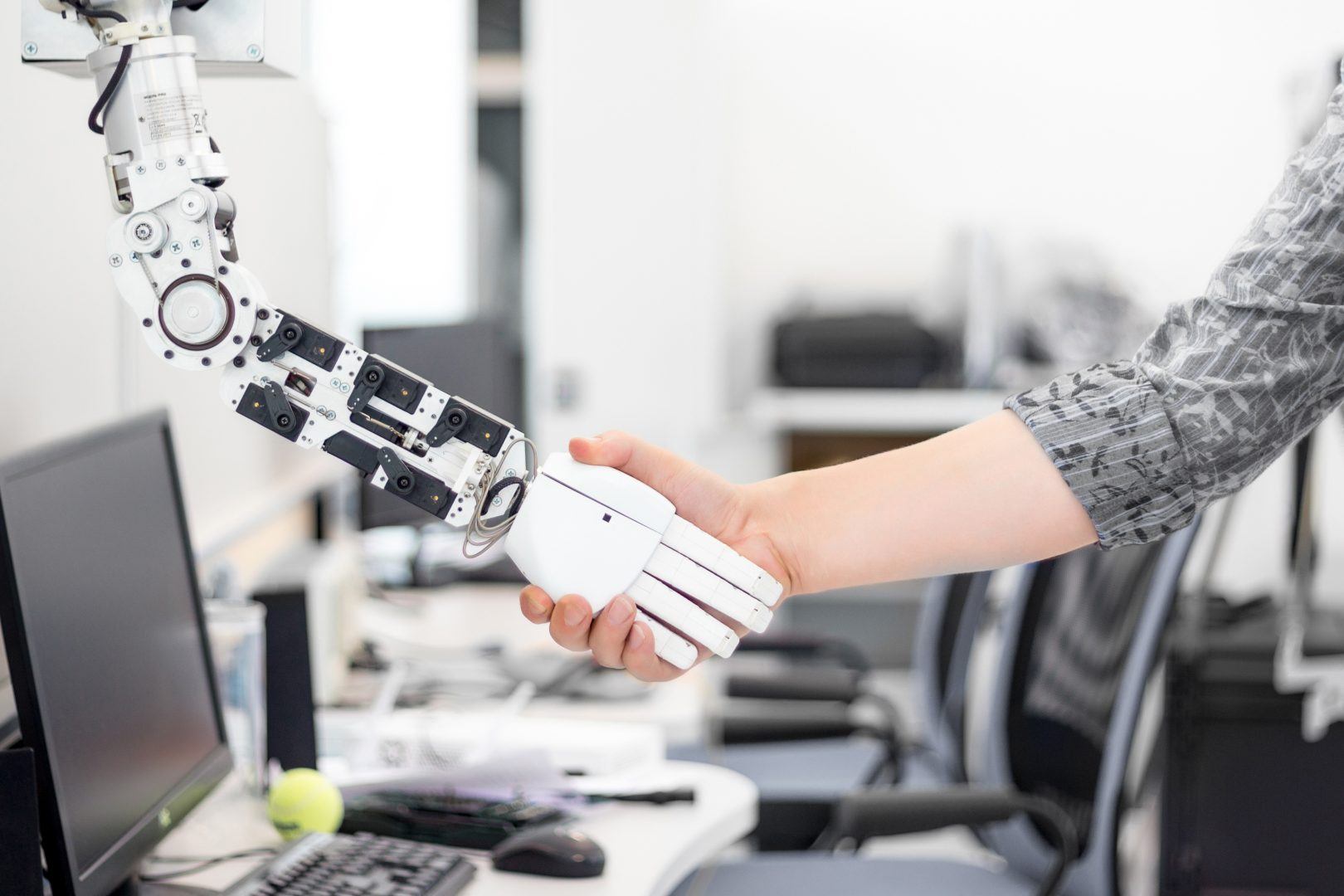 Ask a surgeon about their best operating room assistants, and they’ll tell you they know the instrument the surgeon will need even before they do. They know the surgeon’s style, preferences, body language and can correctly interpret these signals to offer the right instrument at the right time.  What if one of these assistants was a robot that could improve speed and accuracy even more? Especially in situations where timing is critical. This is an example of the kind of questions we recently explored at the University of California, Berkeley.

UC Berkeley hosted a campus-wide event dubbed “Intel Day at Berkeley” with Intel executives from across our business to discuss the future of data-driven computing. This all-day event featured contributions from their Electrical Engineering and Computer Science (EECS), Statistics, Math, Astronomy, Bioengineering, Physics, Mechanical Engineering and History departments. It consisted of five-minute lightning talks on areas of interest, research and a shared vision for artificial intelligence (AI).

Several areas of research rose to the surface, including the development of algorithms and technologies to help humans and autonomous AI systems interact, as well as security and the Internet of things (IoT) that will enable AI. Here’s a glimpse into Intel Day at Berkeley with more to come.

Humans and Artificial Intelligence Working Together

We’re just beginning to understand the potential benefits of AI systems deployed to work alongside humans – called human-robot interaction (HRI). Currently, most autonomous systems account for humans as obstacles to be avoided for safety reasons. A good example is autonomous vehicle algorithms that are designed to recognize and avoid pedestrians. To move AI forward, we must also look at how we can deploy robots to work together with humans in a collaborative and safe manner. UC Berkeley’s work on a number of projects to advance HRI through algorithms has focused on “unspoken” language or social cues and signals provided during human interactions.

Intel is looking at a use case in which AI systems can predict and provide instruments in a surgical environment. In this context, the role of AI is to accelerate the physical actions of the surgeon by handing them the correct instrument at the exact moment it’s needed. To do this successfully, the motion of a robotic system must be in line with human social cues. For example, humans give cues based on the speed in which we’re moving and the way we position our bodies. Our actions can say I’m moving with the intent to pass by you vs. I’m moving toward you with the intent to hand you something, so my hand is extending and my pace is slowing. While robots tend to move at constant speeds with quick, precise movements.

We wouldn’t rewire hundreds of thousands of years of non-verbal human language to better interpret robotic behavior. Likewise, UC Berkeley’s research is focused on algorithms that learn and adjust to non-verbal human interaction and behavior, so humans and robots can work together productively. In the surgical context, when an instrument is handed to the surgeon at the right pace and position, the robot learns to interpret the correct, non-verbal response. If the wrong instrument is provided, the robot learns and adjusts based on the surgeon’s cues.

UC Berkeley has also conducted research for autonomous vehicle interaction. With current algorithms, autonomous vehicles at a four-way stop would be at a complete standstill. A small movement by one car would indicate an intention to allow the other vehicle to go forward rather than to initiate a non-verbal negotiation. The same thing could happen when multiple vehicles try to change lanes – the driver would signal their intent and then a real-time negotiation would take place. The UC Berkeley research teams looked at algorithms to interpret movements by drivers, whether they are autonomous or human so that a negotiation can happen in real time with one vehicle allowed to move in its intended direction without an interruption to the flow of traffic.

HRIs have important implications on the algorithms, hardware and computing infrastructure needed to take in this data in real time, interpret what the signals mean, and move forward in a correct and safe way. Several advances in algorithms are underway that will allow AI systems and humans to interact constructively and problem solve together in the near future.

Security at the edge enables AI

For AI systems to interpret and interact at lighting speeds, systems at the edge must send private data from sensors and other devices at the edge to a data center. It’s critical to allow new intelligent applications to be developed without the risk of exposing private data to third parties.

There are several approaches to this problem that UC Berkeley researchers have assessed. One approach is to use special encryption that allows calculations to be performed on encrypted data without decrypting it, and another alternative is to manage data and computation inside a secure computing enclave based on Intel® Software Guard Extensions (Intel SGX) technology. I was pleased to learn that UC Berkeley found that Intel® SGX is an efficient technology that allows general computing to be performed securely, with good performance by protecting selected code and data from disclosure or modification. Developers can partition their application into CPU hardened “enclaves”, or protected areas of execution, that has been proven to increase security even on compromised platforms. Intel SGX holds the key to allowing AI systems to take information back to the data center, where it is processed and then taken back out to the edge to influence the way the AI system interprets and interacts with its environment. This is critical to realizing the true benefits of successful HRI.

Intel Day at Berkeley provided insight into the university’s strides in the advancement of data-driven computing and artificial intelligence. This research will unlock the true benefits in a world where AI will interact with humans in safe and ethical ways to move societies forward.  These conversations and cooperation among educational institutions, governments and enterprises are necessary as we rapidly advance into a world enabled by data-driven computing and powered by AI.