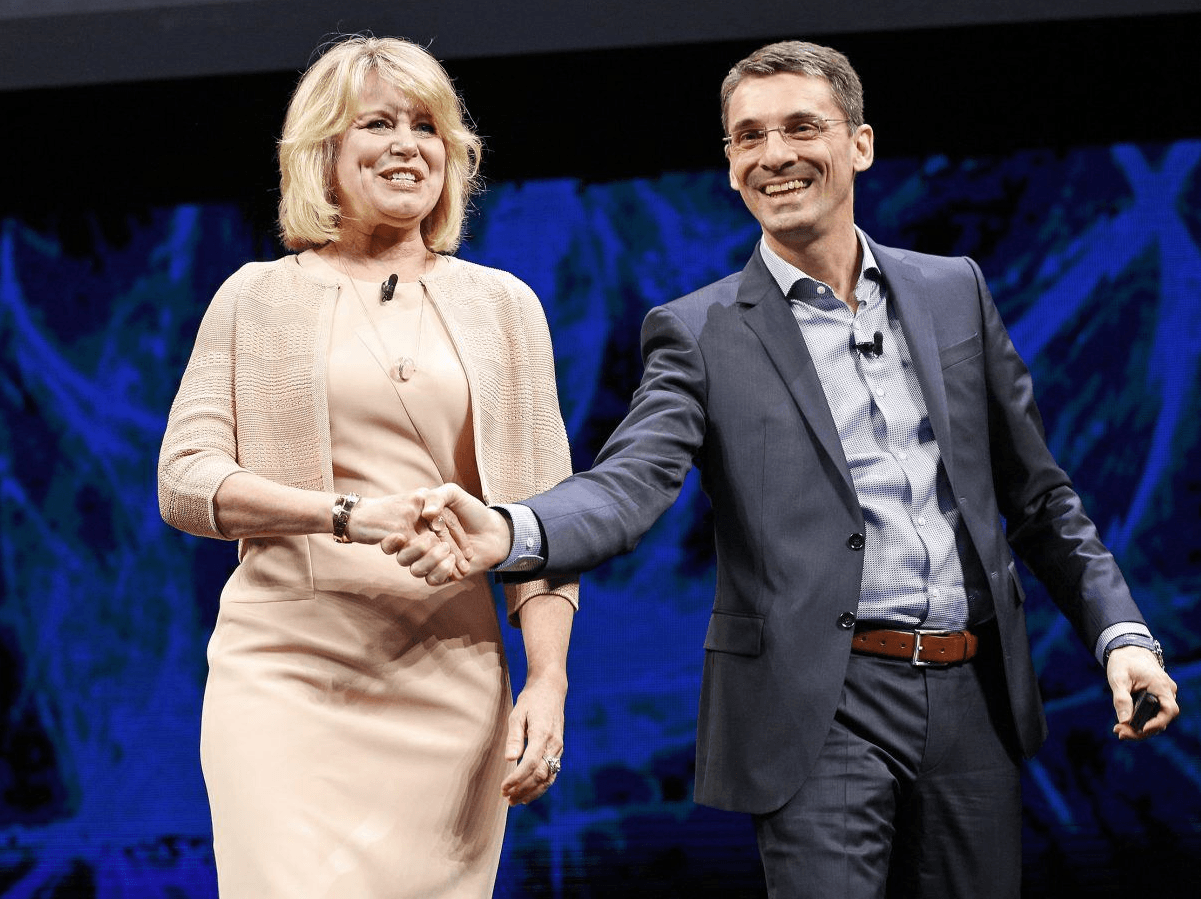 From May 16-18, SAP SAPPHIRE NOW and the ASUG (Americas’ SAP Users’ Group) overtook Orlando with one of the largest global tech conferences of the year. SAPPHIRE NOW is so large because SAP technologies—particularly the SAP HANA in-memory database—are so prominent in global business. SAP is at the center of an ecosystem of technology partners, and has worked closely with Intel for nearly 30 years, particularly in the joint engineering that developed – and continues to extend – the SAP HANA* platform. Intel also had a large presence at the show and we had our own announcements and demos to share in support of the long, rich relationship between Intel and SAP.

As I wandered the show floor and marveled at all the technological wonders on display—an eye-popping tableau of robots, drones, and even a virtual wind farm—I had to remind myself that behind all these breakthroughs was SAP, a company not so long ago known mostly for vast and imposing enterprise resource planning (ERP) systems. Today, SAP straddles the cutting edge of technology, a leader in bringing artificial intelligence (AI), the Internet of Things (IoT), and machine learning to business.

In fact, the longest lines in Orlando (and that’s saying something) were to get into the SAP Leonardo* exhibit. Leonardo is the name given to SAP’s digital innovation system, and is made up of SAP’s technologies for artificial intelligence, machine learning, big data, analytics, IoT and blockchain, all of which can be embedded in applications to create new data-driven intelligent systems. If you wonder how these new technologies will apply to your business, just keep your eye on SAP. By transforming itself into a pioneer of applying these advanced technologies to business, SAP continues to position itself as a leader in digital transformation.

During Tuesday’s keynote address, Diane Bryant, president of Intel’s Data Center Group, walked on stage to join Bernd Leukert, a member of SAP’s Executive Board for Products and Innovation. Diane announced the Intel® Xeon® Processor Scalable family, a new foundation for secure and agile multi-cloud data centers. The new scalable processors, which will be available in mid-2017, are optimized for SAP HANA and have been benchmarked with performance gains up to 1.59x higher over the previous generation Intel processor family when running in-memory SAP HANA workloads. Additionally, Diane announced that SAP HANA is now certified to support up to six times more memory on the new Intel Xeon processor scalable for four- or eight-socket configurations than the typical four-year-old system in general use today. This makes the new Intel platform ideal to meet the increasingly complex demands of big-data, in-memory workloads in modern data centers.

But wait, there’s more. Diane also announced a new generation of Intel dual in-line memory modules (DIMMs) based on 3D XPoint™ technology to help overcome the traditional I/O bottlenecks that slow data flows and limit application capacity and performance. Historically, memory has been small, volatile and expensive, but Intel’s new DIMMs with persistent memory, due to launch next year, are about to change that. Intel persistent memory shifts the memory paradigm by putting more data on nonvolatile media closer to the processor, and in a more affordable manner. Not only does larger memory promise faster processing and therefore faster results, it also reduces downtime during outages and restarts because data can persist in-memory.

Lisa Davis, Intel’s VP of IT Transformation, presented the first public demo of the new DIMM technology. Watch my Periscope video of Lisa’s presentation, showing a prerelease version of an Intel Xeon Scalable platform operating with 192 gigabytes of DRAM and 1.5 terabytes of Intel persistent memory, running a development version of SAP HANA. On a dashboard above the stage, we watched as the platform ran several thousand simultaneous SAP HANA user sessions, displaying how the system used DRAM for operations like inserts and deletes, which require high read/write access, and used Intel persistent memory for capacity and persistence of the main memory fragment. By targeting the right kind of memory to the right kind of operation, Lisa’s demo showed how the new DIMM system is able to handle large data capacity while maintaining high overall performance. This opens the prospect of entire databases remaining permanently in memory for super low latency computing.

We also demoed SAP HANA Express* Predictive Maintenance and Service (PdMS) on Intel® NUC, which showed how the small form factor NUC computer is able to provide predictive maintenance in an IoT network via VMware and 3DXpoint technologies.

Intel also published a use case in conjunction with SAP SAPPHIRE. Read SAP and Intel Co-innovation Enables Global Cloud Migration to the SAP HANA Platform to learn how SAP was able to increase workload density and reduce operational costs by porting all its SAP Business ByDesign* customers to a SAP HANA platform powered by the Intel® Xeon® processor E7 v4 family. Remarkably, the migration was implemented with almost no impact on customers’ abilities to operate their businesses without interruption, other than the brief scheduled downtime during non-business weekend hours.

Connect with me at @TimIntel and #TechTim for the latest news on Intel and SAP.