The IPU: A New, Strategic Resource for Cloud Service Providers 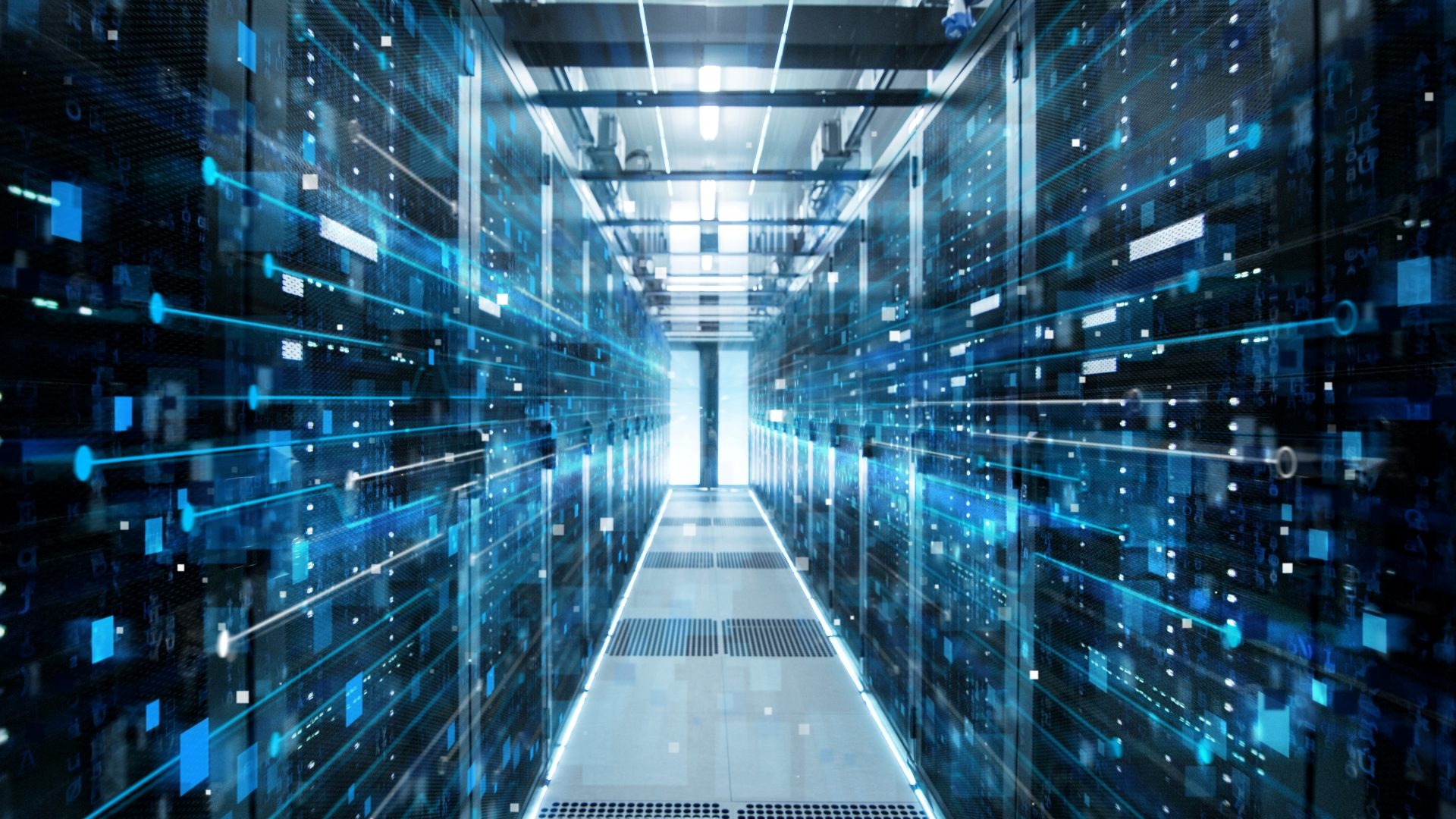 Workloads in modern cloud data centers are increasingly structured as a collection of microservices. While a microservice-oriented architecture has many benefits, it also creates substantial communication overhead due to its disaggregated nature. CPU cycles spent on this infrastructure overhead do not generate revenue for the Cloud Service Providers (CSP). A recent paper by Srirama, Dhanota et. al. found that microservice overhead at a hyperscaler can range from 31 to 83 percent1, as illustrated in the figure below.

A simple metaphor based on homes and hotels will help to explain the division of workload ownership that has driven the development of IPUs. In my home, I want to move easily from my living room, to the kitchen, or to the dinner table. We have an open kitchen, so everything is contained in one big room and it is easy for us to move freely from one area to another.

Things are different in a hotel, where the guest rooms, dining hall, and kitchen are separate areas. Areas where hotel staff work are partitioned from the areas where the hotel guests eat, drink, sleep, and meet. Doors generally separate hotel areas that serve different functions and, for safety and security reasons, you may even need a badge to pass through a door between a guest area and a staff area.

This separation of guest and staff areas in a hotel is analogous to the disaggregation of tenant and CSP workloads in a data center architecture that includes IPUs. By introducing IPUs into the data center to implement the infrastructure functions, the CSP’s infrastructure workloads run on the IPU, which unburdens the server CPUs so that they can run more tenants’ applications.

It is much easier and far more efficient to manage one central storage service than it is to manage the storage resources of hundreds of thousands of servers in a data center.

Intel has evolved its data center products in partnership with key CSPs including Microsoft, Baidu, JD.com, and VMware for several years. We are the volume leader in the IPU market with products based on Intel® Xeon® D CPUs, Intel® FPGAs, and Ethernet components. The first generation of Intel’s FPGA-based IPU platforms were designed in collaboration with our hyperscale partners and are already deployed at data centers owned and operated by multiple CSPs.

During the five years that we have been in the IPU business with our FPGA-based products, we have observed that hyperscale CSPs realize the value of IPUs in stages:

Current Intel FPGA-based IPUs combine an Intel® Stratix® 10 FPGA with an Intel Xeon D processor. They combine optimized accelerators – based on configurable, FPGA-based data paths – with software-programmable CPUs that securely accelerate and manage infrastructure functions in the data center. This hybrid IPU architecture enables network management at hardware speeds with the software flexibility needed to implement control-plane functions more easily. The programmability of both the hardware-based data path using the on-board resources of the FPGA and the software-based control plane running in conjunction with an infrastructure OS stack on the IPU’s on-board processor makes these IPUs powerful. IPUs differ from SmartNICs by serving as a secure, independent control point not directly accessible to tenant workloads.

Future IPU and SmartNICs from Intel

As a follow-on to the successful Big Spring Canyon platform, Oak Springs Canyon (OSC) is a platform based on an Intel® Agilex™ FPGA, which currently leads the FPGA industry in performance, power consumption, and workload efficiency.2 Working in concert with servers based on Intel Xeon CPUs, OSC delivers the infrastructure acceleration needed to offload 2x100G workloads. OSC has a rich software ecosystem optimized for Intel® CPUs including the Intel Open FPGA Stack – a scalable, source accessible software and hardware infrastructure that enables our partners and customers to create customized solutions. OSC’s abilities and features are aligned to meet the needs of next-wave CSP deployments that will employ 100G networks.

Another new Intel development, Intel N6000 Acceleration Development Platform (formerly code named Arrow Creek), is an FPGA-based SmartNIC 100GbE network acceleration development platform (ADP). It builds upon the success of the Intel® FPGA Programmable Acceleration Card (Intel® FPGA PAC) N3000, which is currently deployed in data centers operated by some of the world’s top Communications Service Providers (CoSPs). This new Intel N6000 Acceleration Development Platform is based on the Intel Agilex FPGA and the Intel® Ethernet Controller E810. It is designed to be used with Intel-based servers and it supports several types of infrastructure tasks to help telco providers accelerate various workloads such as Juniper Contrail, OVS, and SRv6.

Intel announced our first ASIC-based IPU, designed in collaboration with a large CSP and code-named Mount Evans. The Mount Evans IPU is based on a best-in-class packet-processing engine, instantiated in an ASIC. This ASIC supports many existing use cases – including vSwitch offload, firewalls, and virtual routing – while providing significant headroom for future use cases. The Mount Evans IPU emulates NVMe devices at very high IOPS rates by leveraging and extending the Intel® Optane™ NVMe controller. The same Intel infrastructure OS that runs on FPGA-based IPUs will run on Mount Evans as well.

Additional technology innovations in the Mount Evans IPU are a next-generation reliable transport protocol, co-innovated with our CSP partner to solve the long-tail latency problem on lossy networks, and our advanced crypto and compression accelerators.

The IPU: A New, Strategic Resource for CSPs

The IPU is a strategic element in Intel’s cloud strategy. We believe our leading IPU portfolio provides the common infrastructure foundation that allows our cloud customers to fully leverage their general-purpose compute, XPU, and acceleration resources in the heterogenous data center architectures of the near future. The blending of these capabilities perfectly matches the ongoing trends in microservices development and offers a unique opportunity for building optimized, function-based infrastructure that matches high-speed hardware networking components and common software frameworks. The IPU provides CSPs with an opportunity to rethink data center architecture, to accelerate the cloud, and to host more revenue-generating services – tenant apps running on virtual machines – on every server CPU in the data center.

With its ability to increase performance, reduce cost and deliver a better cloud data center architecture, we think the IPU will become a strategic component of future data center designs.

Notices & Disclaimers
Performance varies by use, configuration and other factors. Learn more at www.Intel.com/PerformanceIndex.
Intel technologies may require enabled hardware, software or service activation. No product or component can be absolutely secure. Your costs and results may vary.
Intel does not control or audit third-party data. You should consult other sources to evaluate accuracy.
Code names are used by Intel to identify products, technologies, or services that are in development and not publicly available. These are not "commercial" names and not intended to function as trademarks.
Statements that refer to future plans or expectations are forward-looking statements. These statements are based on current expectations and involve many risks and uncertainties that could cause actual results to differ materially from those expressed or implied in such statements. For more information on the factors that could cause actual results to differ materially, see our most recent earnings release and SEC filings at www.intc.com.
© Intel Corporation. Intel, the Intel logo, and other Intel marks are trademarks of Intel Corporation or its subsidiaries. Other names and brands may be claimed as the property of others.