All for One, and One for All- A New Open Cloud Exchange 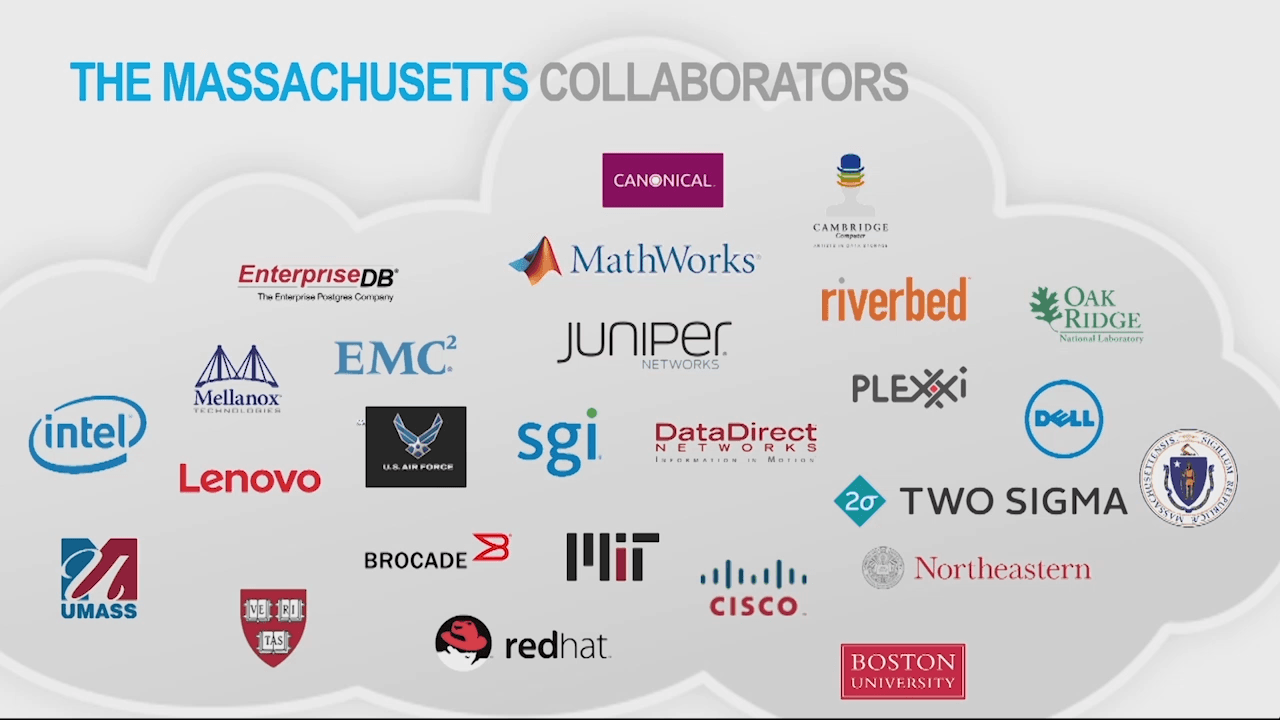 For companies that make use of public cloud services, the inner workings of cloud services are often largely a mystery. A single company controls the entire cloud, and people on the outside can’t see in. Under this model, the cloud provider is a lot like the man behind the curtain in the Wizard of Oz.

This is a model that the Massachusetts Open Cloud (MOC) is turning on its head. The MOC is a non-profit, multi-provider cloud driven by the collaborative efforts and contributions of the Commonwealth of Massachusetts, large research universities, and an array of private sector partners, including Intel. As part of the 2016 Intel Cloud Day, Orran Krieger, the director of the Cloud Computing Initiative at the Hariri Institute at Boston University, gave participants an inside look at the MOC and the concept of an Open Cloud eXchange (OCX).

“Under the current model of public clouds, there is a single provider controlling the whole cloud,” Krieger said. “It’s a black box. You can’t see inside it. There’s only one company that can truly innovate inside that platform.”

Krieger and his fellow MOC proponents think there is a better way to run a public cloud, and that is to throw back the curtain and let all stakeholders see and interact with the inner workings of the cloud, including both cloud service providers and cloud consumers.

The MOC is based on an Open Cloud eXchange marketplace model that provides an open and customizable approach to cloud computing. This model enables multiple entities to provide—and not just consume—cloud-based resources and services on a level playing field. Participating companies can experiment with new technologies, test their technologies with the MOC user base, and drive software and hardware advancements through interaction with the MOC community.

The vision that Krieger outlined in his Cloud Day talk calls for many different providers offering services in the same OpenStack-based cloud, from the infrastructure layer on up. He likened the concept to a move from a big-box store, in which one vendor controls the whole show, to a shopping mall model, in which many vendors offer a diversity of products. Under this model, providers will both compete and collaborate. A cloud consumer might get compute from one provider and storage from another.

At Intel, we’re proud to be one of the six original corporate core partners in the MOC. The other founding partners are Brocade, Cisco, Lenovo, Red Hat and Two Sigma. The MOC’s goal to make clouds more open and accessible is a natural complement to the Intel® Cloud for All initiative. With Cloud for All, Intel is working to make cloud technology easier to deploy, manage, and scale, and rallying the industry around the delivery of robust, optimized Software Defined Infrastructure (SDI) stacks.

For a closer look at the Massachusetts Open Cloud, check out the Open Cloud Exchange (OCX) paper, Krieger’s Cloud Day Talk or my one-on-one Chip Chat .