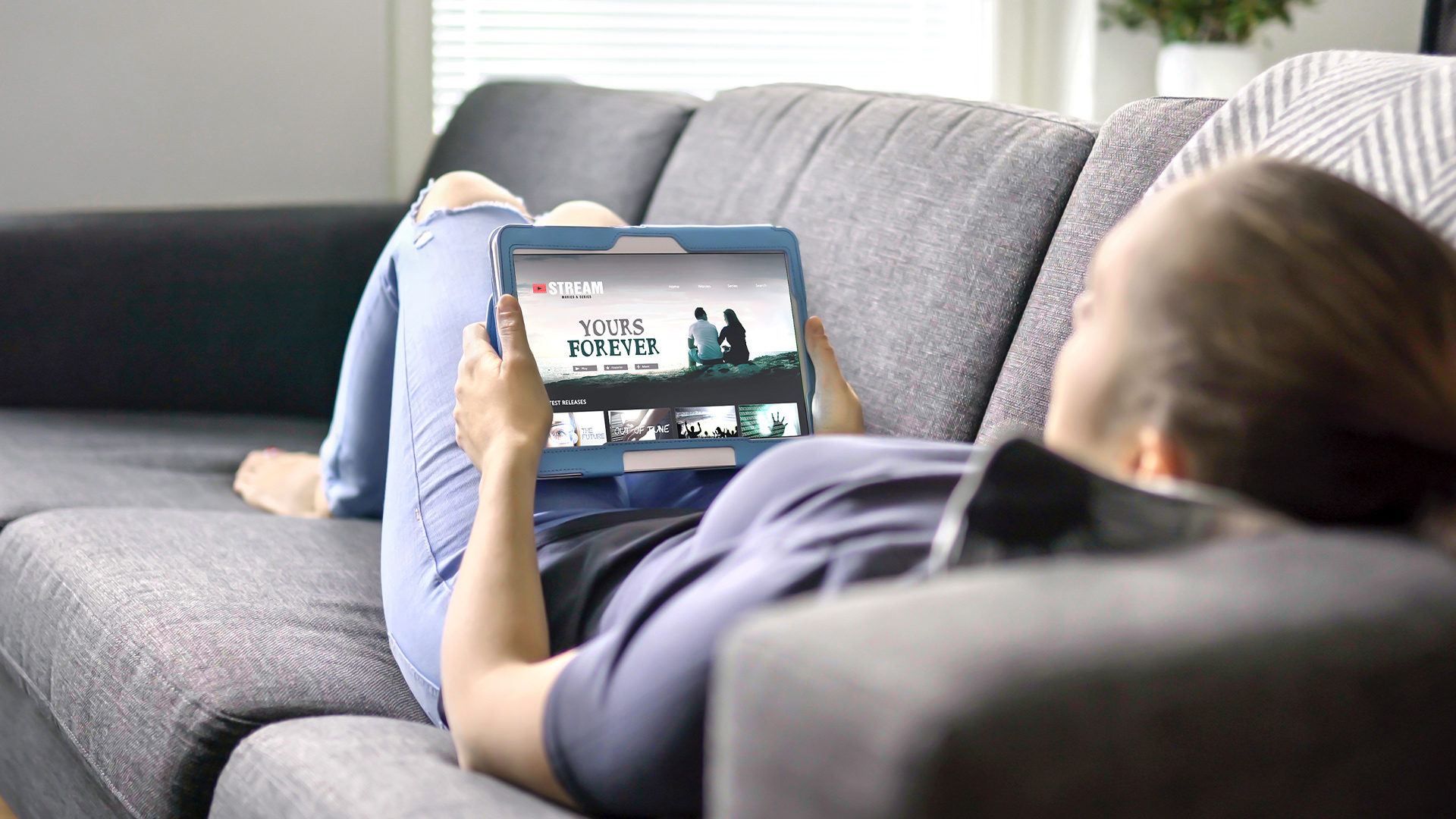 The Alliance for Open Media took a big leap forward today to deliver great video experiences by announcing the formation of the AOMedia Software Implementation Working Group (SIWG) that will adopt the Scalable Video Technology for AV1 (SVT-AV1) encoder. We are excited to see SVT-AV1 being used as the production implementation for next generation video services! Read more in their press release, AOMedia Software Implementation Working Group to Bring AV1 to More Video Platforms.

If it wasn’t clear before, I think it’s unquestionable now: global online video demand is insatiable.

The latest Cisco Annual Internet Report calls out just how big of an impact high-definition video is having on the market. 4K streaming is nine times the bitrate of standard video, and it will soon be the majority of what people are watching on their connected TVs.  Consider your own viewing habits. How many devices do you use to stream video? How many video services does your family subscribe to?

Our collective demand is putting constraints on the networks that are delivering these video services, both live and on demand. Faster and more reliable 5G networks will help alleviate network congestion over time, but rollout will be in stages, taking some time before able to relieve the current network bottlenecks. Even with faster, more capable networks, the costs of delivering these services in terms of total cost of ownership (TCO) will be dictated by streaming costs. And based on a report from Amazon, bitrate reduction is the crucial factor in lowering video streaming TCO.

Intel is focusing on several efforts around bitrate reduction to help the industry meet user demands while addressing TCO reductions. One project in particular centers around the open source AV1 codec: SVT-AV1.

AV1 is designed to be a royalty-free, open source project that removes the uncertainty for many service providers when it comes to the licensing and deployment costs of other codec standards. Most important, AV1 is also much better at compression efficiency and able to achieve up to a 50% savings according to Facebook when compared to the industry’s most prolific CODEC, x264. Media services have already started to adopt AV1 for this reason. For example, last year Mozilla Firefox demonstrated AV1 software decoding for live-streaming and this year Netflix announced it would start using AV1 for select titles with Android users. Hardware manufacturers are starting to roll out AV1 capable devices as well. At CES 2020, both Samsung and LG unveiled televisions that take advantage of the AV1 codec for 8k resolution. In addition, multiple merchant silicon vendors are now offering, or have announced plans to integrate, an AV1 hardware video decoder to enable PC, smartphone, set top box, and other device playback.

For a deeper look at how AV1 is impacting the industry, watch this video from IBC2019, featuring speakers from Facebook, Google, Intel, Netflix, and Tencent. You can also listen to Yu Yang, Technical Director of Live Video Broadcasting Team at Tencent, on a podcast with Intel’s Allyson Klein about how AV1 is aiding in new business opportunities.

The specific production AV1 project Intel continues to invest in is the SVT-AV1 codec, started two years ago to provide a fast, clean and easy to use AV1 codebase for the larger open source software community to commercialize AV1 services. This codec uses Scalable Video Technology (SVT) architecture as an enhancement to the work of the Alliance for Open Media (AOM) industry consortium, which established the AV1 standard, and is particularly important because it enables multiple codec generations and standards. Last year, through close collaboration with Netflix, the SVT-AV1 encoder implementation was shown to be commercially viable and is available today to help companies lower video service TCO.

With up to 56 cores per dual-socket platform, data centers can scale this processing efficiency using Intel Xeon® Scalable processors on the path to lowering TCO in a substantial way. For more information on SVT-AV1 performance, read Netflix’s TechBlog on the subject.

SVT-AV1 is also provided in docker containers for faster evaluation, supports FFMPEG and GStreamer industry frameworks, and is available as part of the Open Visual Cloud of reusable optimized software stacks and reference pipelines.

Key partners in the Alliance for Open Media have already announced and begun to deploy SVT-AV1 based solutions for improved bitrate compression efficiency and to achieve lower service TCO. A few examples include Alibaba for on-demand streaming, Kingsoft for cloud gaming and VOD streaming, and Tencent for live and on-demand streaming, including media processing across a full range of products. Most recently, MainConcept announced it will integrate SVT-AV1 into its SDK codec portfolio. We expect several more companies to announce their SVT-AV1 deployment intentions in the months ahead.

If you have any questions, reach out to your Intel representative who can put you in touch with the appropriate hardware and software staff. To see more about Intel technology, visit intel.com/visualcloud.