The Path to CIO: Riding the Wave to the Public Sector 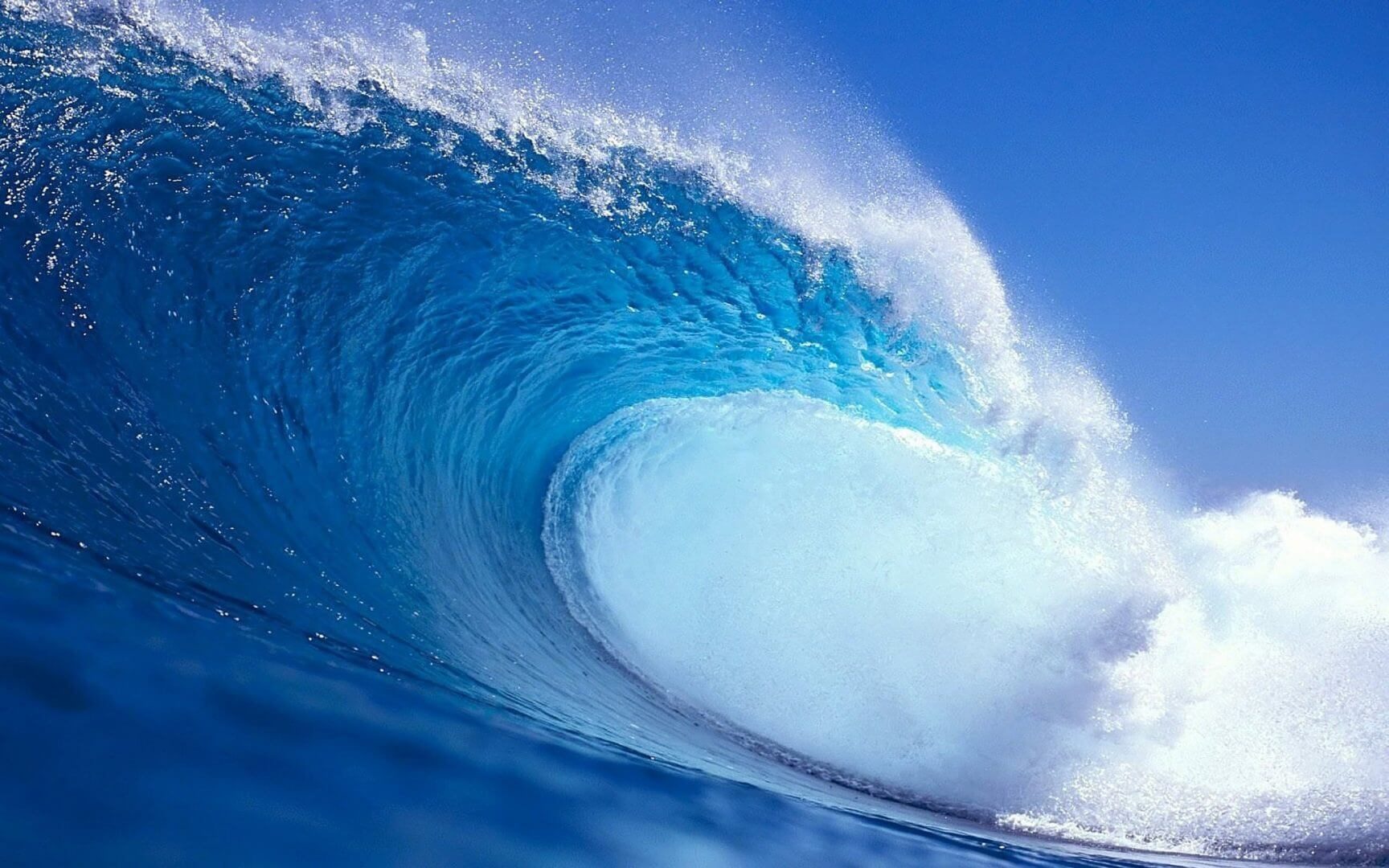 “When I grow up, I want to be a CIO”, said no child...ever! Firefighter, police officer, doctor, just about anything...but not CIO! As a child Aleta Jeffress, CIO for the City of Aurora, Colorado, loved animals, she still does, her four dogs are a testament to that love. However, the thought of a sick or injured animal kept her from pursuing veterinary studies. Instead she went to Indiana University to major in business.

I met Aleta several years ago, when she was CIO for the Indiana Department of Revenue. On a recent visit to Denver, I had the opportunity to have lunch with Aleta and her husband Brandon and talk with her about her Path to CIO.

Jeff: Aleta, you shied away from becoming a vet, what else did you consider as a child?

Aleta: I really do love animals! I remember as a kid trying to convince my parents for ten years to get a cat. They really aren’t pet people (laughing)! Thinking back on those years, I can’t really think of another career dream. For me it was all about living in a bigger city. I was born and raised in Elkhart, Indiana, a nice small town in northern Indiana, but I wanted more. I like city life, the hustle and bustle, dozens of things to do.

I went to IU to major in business and soon realized the more formal degrees of accounting and finance weren’t for me. I was good at those courses, but didn’t really enjoy them. Ironic, considering some of the jobs I have had in my career.

Jeff:  You went to IU and majored in business, how did that lead you to a career in computers?

Aleta: It was almost an accident, actually. My first job out of college was at a software company. The company developed software for the non-profit industry. Honestly, I got the job because my college roommate’s sister worked there. She really liked it, so I applied and got the job. The funny part was, I had only taken one computer class in college. It was a Fortran class and, don’t tell IU, but I didn’t even do the work...I had someone else do it for me!

I started working in their call center. I discovered very quickly that I was very adept at supporting, training and managing software products. Conceptually, I just “got it”. Early on, I became involved in testing and QA work. I can remember spending nine months testing boolean logic. I could work with developers, users, executives, whoever needed assistance. I could bridge the gap and translate between the business and the technical, it came easy for me. Jeff: Call center, QA, when did you first get a taste of management?

Aleta: It was pretty early on in my career. I think I was only four or five years out of college. I was still working in the call center area when I started managing people. As my career moved into quality assurance, I considered going back to school to become a developer, but the more I worked with people the more I realized coding was not really my calling. I preferred to work with customers and business people. As I became more experienced at managing projects and products, I was given opportunities to manage more and more people. I realized I liked to help others be successful. I liked the puzzle of understanding different people and their motivations. We are all motivated by different things, even though we have a common goal of achieving “x”, but each of us may take a different path.

I was really lucky to work for a couple of people who were great examples of management and leadership. Through their examples of using common sense, their approach to managing people and understanding how to respond to situations, my management style was formed. One of the keys for me was learning how to respond vs react. I was able to see and learn what was urgent and what was not. You put controls in place for quality and you don’t over react.

Having been through the dot com’s in the 90’s, I also learned what not today. As I progressed through my career, I consistently was placed in roles serving as a liaison between business and technology. I learned very quickly I could have technical conversations and then go meet with customers and it explain it to them in ways they could understand. The developers loved me because they didn’t have to go to the customer meetings. That is really when I decided I would pursue a management path.

Jeff: When did you set your sights on becoming a CIO?

Aleta: I’d always been in the tech sector, usually part of the product or product development. I was looking to take the next step in my career and was interviewing for various positions. I narrowed it down to two; one was a product manager for a large company and the other was a CIO for a public sector role. The private sector role paid more, but the learning opportunity and the potential to make a significant and transformational impact won out. I found out I really enjoyed taking all the skills I’d honed over my career and apply them, as well as learning new skills from some very smart, experienced leaders.

Jeff: Was that the Department of Revenue gig? Tell me how you made the leap from product to CIO.

Aleta: Well, I had left the product arena and was managing a group of infrastructure contractors at the Defense, Finance and Accounting Services (DFAS) at the former Fort Harrison. After about five or six years, they began to insource a lot of those roles and downsize the contract. I proposed my own severance package to my consulting firm. My plan was to take the summer offer and then start a search for my next gig. I ended up getting a call from a friend who asked me to do a four week contract at the state. Literally, on my last day at DFAS, I packed my things, drove home and changed, then went to a meeting at the state. My summer off turned into about six hours!

That four week gig turned into an additional eight and eventually led to the CIO position.

Aleta: The first thing that comes to mind is “find your niche”. I found I could represent technologists in meetings, freeing them up to do the things they loved to do instead of having to sit in meetings all day.

Something I didn’t mention earlier, but for me it was key. I did a year in sales. I hated it. But, I did hire an individual sales coach. Best $1,500 I ever spent. Even though I did not stay in sales, I use the lessons and techniques from that experience almost every day, on BOTH sides of a sale.

Another thing I learned early on was to have confidence in my own abilities. I said I could figure something out, even when I had no clue...and I did!

Jeff: Funny story, my first foray into consulting I was sent to a client who needed a COBOL/CICS programmer. I was a PL/I and IMS programmer, I had only maintained one COBOL program in my life. BUT, I knew I could do it...and I did! (laughing) Sorry, to interrupt, what other advice can you give to our readers?

Aleta: Easy, keep a strong network and hire people who are great at what they do. This provides you with the resources and the knowledge that you can leverage. Always give credit where credit is due. Bring together talented people and all you have to do is facilitate.

One last thing that comes to mind...think outside the box - why not you? Why not that role? Look at every situation as a learning opportunity, even if it is a bad or challenging situation. It all serves to help you move forward. Jeff: Excellent advice! Any specific words of advice to an aspiring CIO? What new skills will they need by 2020?

Aleta: My advice to a new or aspiring CIO is to learn the business...to learn the WHY. Build relationships. What is your customer trying to solve? What is their pain point? Then, and only then, dive into how technology can best solve that problem, immediately, in the short term and then in the long term.

Keep sharing new ideas and processes because many times technology will move faster than the business. Move the business people out of their comfort zone. Trying to do that and show the benefits is an ongoing challenge. My sales training really helped me in this area. Talk to the sales people, talk to the super geeky tech people and embrace the relevant conferences...you will learn from all of them!

You have to able to leverage and interact with all types of people to be a successful CIO. Hire people smarter than you that have the skills you don’t. I spent most of my career in the software side of the business. I had the SDLC (System Development Life Cycle) down. Then I found myself managing infrastructure. Total shift! I spent a LOT of time with the technical divas, asking a LOT of questions, learning and figuring out where they were coming from and why. Don’t be afraid to ask the dumb question!

Jeff: Some of our readers are young women considering a career in technology. Did you face any challenges because you are a woman? What advice would you have for them?

Aleta: I don’t know that I had specific challenges. I think the biggest challenge is to earn the respect and trust of your team, male or female.

I can think of one incident that a co-worker (male) and I presented an idea in a meeting. When I suggested it, the idea was brushed aside. When he suggested the same thing, it was the greatest idea since sliced bread.

My advice to young women, and to young men for that matter, is to learn your audience. I’ve been called inappropriate names and I’ve had obscene phone calls to my work number. There is always a normal amount of conflict. Men and women resolve conflict differently. Be OK with that. Don’t try to change human nature, but rather, focus on how to get things done. My advice would not to be easily offended. Don’t be a doormat, but you have to be productive in an environment where there is likely a lot of ego involved.

Ask good questions, listen, make good decisions, support the team overall. Don’t make it personal, if it is not. If it is, address it professionally and immediately.

Jeff: Aleta, it has been a pleasure! Thank you so much for your time!

Aleta Jeffress’ Path to CIO contains lessons we can all put to use. Learn to respond, not react; Build relationships; Hire strong people and have confidence in your abilities. I encourage you to reach out to Aleta via LinkedIn. Be a part of the network she describes and share insights.

Read more of the series, “The Path CIO: Profiles in Leadership”. The series explores the careers of CIOs from around the globe in a variety of industries. Each month we will feature the story of their journeys and answer the question, “How DID you become a CIO?” (If you have held the role of CIO and are interested in telling your story, please reach out to me via the links in my profile!)