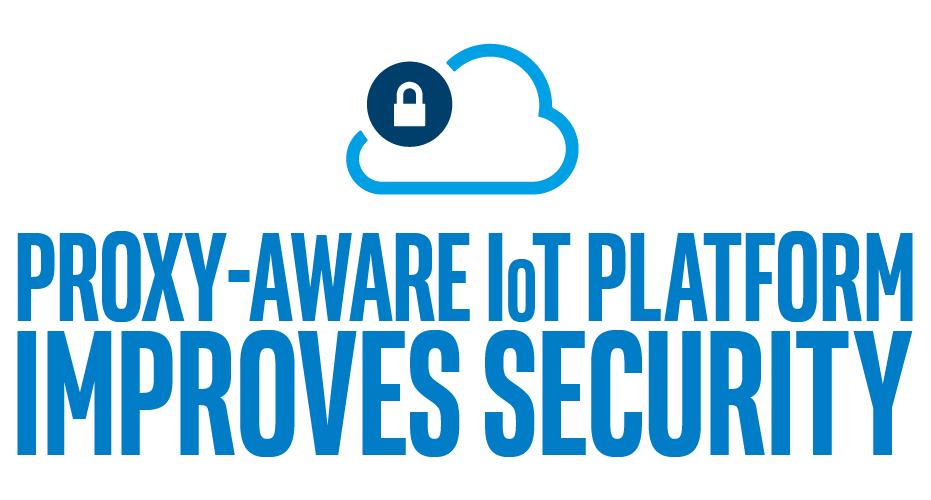 IT professionals integrating Internet of Things (IoT) solutions into the enterprise know that one of the most common security issues they encounter is software that doesn’t support network traffic routed through proxy servers, known as proxy-aware. Proxy servers facilitate connections between things on the enterprise network—IoT sensors, edge computing devices, or other IoT software—and the Internet. Many IoT solutions require these connections to collect data for analysis or provide command and control functions from the cloud. But opening the enterprise network to the outside presents unacceptable security risks.

Edge computing—or remote device computing—is relatively new, and the original design manufacturers (ODMs), independent solution providers (ISVs), and IoT developers are blazing new trails, often before common standards can be developed. Edge solutions present support and security challenges because they are remote and distributed. Much focus has been placed on keeping remote devices, such as building management systems, connected with completely open connections to the Internet; but this increases risks to data and privacy when it comes to enterprise solutions.

One best known practice for protecting the enterprise is to monitor the proxy connections by inspecting the traffic to ensure proper use and terminating unused or long-lived connections. But often, IoT solutions are not proxy-aware, and lost connections can cause problems when collecting data from sensors and devices. Other IoT designs have misused Internet ports by routing improper traffic, such as non-web traffic over a secure web connection port, which is blocked by proxy servers performing packet inspection. At Intel IT, we’ve developed a horizontal platform for all our enterprise IoT solutions to manage the risks of connecting to the Internet. This allows us to standardize the connections and how often they cross the firewall. We avoid establishing multiple connections from a variety of devices and software by using a single point that controls connections across the entire IoT infrastructure. In addition to tighter security, the horizontal platform has made it much easier for us to add new IoT solutions, and it has reduced infrastructure duplication, which ultimately can reduce costs.