Intel’s New Ruler Form Factor: The Shape of the Future 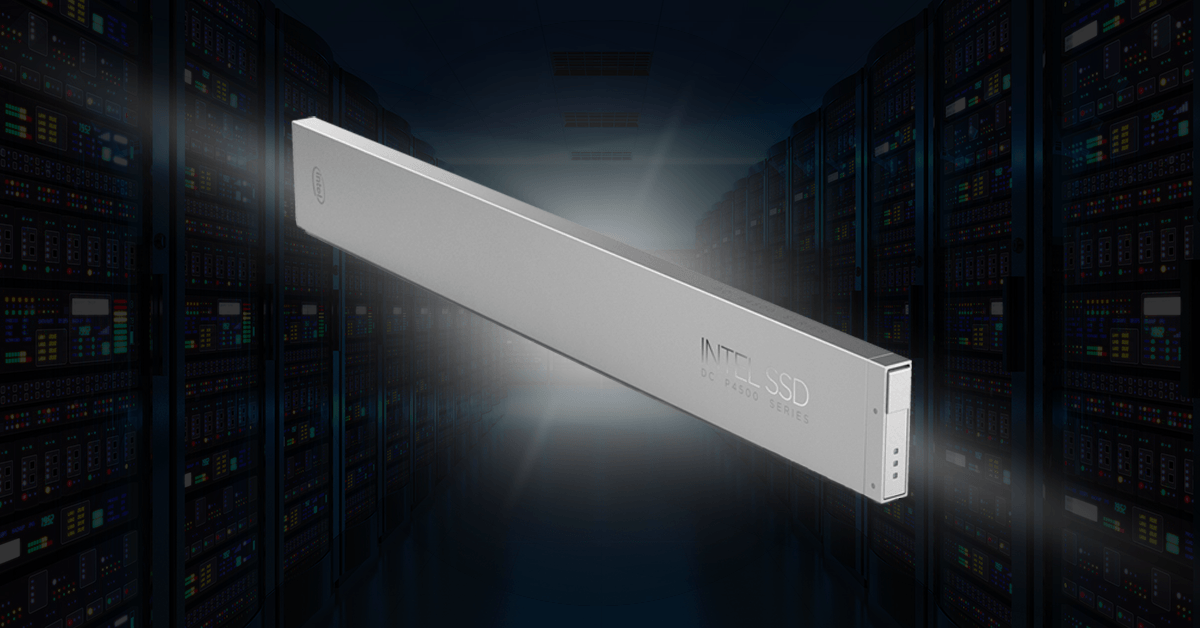 We talk plenty about legacy hardware, but right now the world of SSDs is grappling with legacy design. Within two years, however, a majority of data center SDDs on the market will look less like a box or plug and more like a ruler. The new Intel "ruler" form factor SSDs are literally about to become what storage looks like.

Historically, SSDs and HDDs shared a basic form. When people thought of storage, they thought of a flat rectangle about 2.5- to 3.5-inches wide, the right size and shape to accommodate a spinning disk. These HDDs were inside nearly every PC, and they were the basic building blocks of data centers for years. When SSDs came around, they had to fit into the same slots as their HDD predecessors. The new solid-state technology emulated the design of rotating media even though it didn’t need to.

So the form of early SSDs had nothing to do with what makes a good SSD. Instead, that design came from an older technology. Form factors did change, though. They eventually evolved into the M.2 design in 2010 and the PCIe/U.2 in 2012. (Fun fact: That’s my hand in the Wikipedia entry!)

The majority of big cloud providers are using the U.2, and the rest are using the M.2. These form factors got the job done at the time, but they weren’t optimized for newer types of non-volatile memory. For example, M.2 designs targeted light, thin notebooks. Cloud providers have embraced PCIe-based SSDs in a big way over the last couple years, in both the U.2 and M.2 form factors. But, it’s time for a change.

HDDs have been gone for years. Let’s face it: Spinning rust (HDDs) is where data goes to die. The once-ubiquitous 2.5-inch rectangle with a spinning disc inside isn’t defining the industry. That means design and optimization don’t have to be constrained by legacy hardware or the legacy design it brought with it. Instead, we can design SSDs with considerations like heat and power use first and foremost, and fit even more storage onto a single server rack.

The Intel "ruler" form factor SSDs address the many limitations associated with current data center drives. Large data centers have already seen significant efficiency improvements by adopting this new proven form factor that has shipped for almost a year. Moreover, it is supported by EDSFF, a group working to create an industry standard specification for this new SSD size, shape, capacity, and connector. EDSFF intends to publish the final specifications to allow for the new SSD form to become industry standard and replace the numerous existing forms for dense data center storage — drafts of which are already available.

The Intel "ruler" form factor SSDs will accommodate 3DNAND, Dual Port, or Optane technologies, each of which, on its own, dwarfs the performance of older storage technology. It can fit up to 48 media sites onto a single drive. This is a significant jump even compared to the now-current NGSFF form factor, which can fit 36.

This density means data centers can now fit a petabyte of storage onto a single server rack. For context, that’s about 300,000 HD movies. (Assuming the average movie is 120 minutes, this much content would take you 685 years to watch with no bathroom breaks.) That’s a lot of data! Add up all the media you’ve ever experienced, and it might not even add up to a whole petabyte. And yet, we can now fit all of it on a single shelf in a single rack easily.

We’re freeing ourselves from the constraints of old media, old hardware, and old design. The "ruler" form factor SSD is the result of Intel working with the industry to create a faster, more convenient way to store information, and I believe that it is truly the shape of things to come.