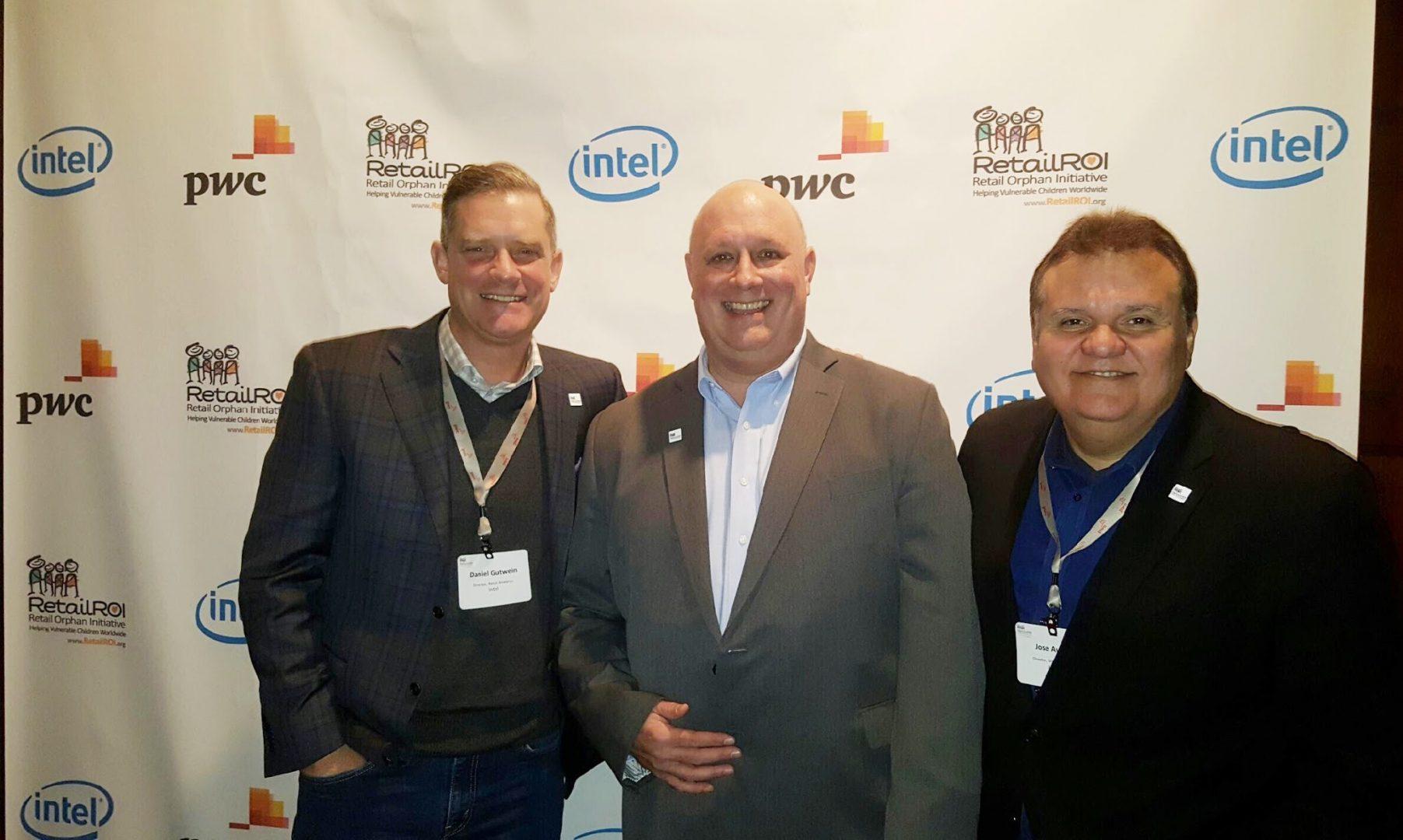 Back in September 2008, a group of retail leaders were chatting at Oracle OpenWorld when the conversation turned toward charity. “A group of us got together and said, ‘We’re competing with each other for everything, but let’s do something together,’” Greg Buzek, the founder and president of IHL Group and one of Retail Orphan Initiative’s trustees, recalls. “‘We can work with orphans and vulnerable kids.’”

The seed of a big idea was planted. A year later at NRF’s Big Show, the group met again to figure out how to raise money to start making a difference. They realized they were well-versed in events, with connections to great speakers and people with access to sponsor budgets. So the group determined an event with all proceeds going to building computer labs, clean water projects, and other charitable efforts to help vulnerable kids could be a huge success. The next year, in 2010, the seed bloomed and Super Saturday was born.

“We are a grassroots charity of people in the retail industry that has three goals,” Buzek explains. “One is to bring awareness that there are over 400 million children that are orphaned or in vulnerable conditions around the world. Two, to bring our networks and abilities to bear to help. And three, to partner with charities that are doing great work very efficiently, to come alongside them to deliver financial donations and experience in the areas of clean water, schools and education, computer training and labs. And we also do some general care and feeding programs depending on the situation.”

This year’s Super Saturday event, scheduled for January 14, is set to be the best yet. Taking place at Manhattan’s Harvard Club, Super Saturday will feature nearly 20 speakers across a full day of programming and 285 attendees, many of whom are C-level executives from major retailers and charities. Featuring numerous TED Talk-style seminars on the latest retail technology and trends, plus discussions of shopper evolution, every other session is about RetailROI’s charity work. Super Saturday also features multiple opportunities to network with fellow retail industry do-gooders. “It’s a very, very fast-paced day where people come together and we raise about half a million dollars to go toward building schools and more,” Buzek says. Ninety-four percent of money that comes in during Super Saturday goes out in project grants.

A new facet of this year’s event is a youth summit for the children of Super Saturday attendees. “We thought, this year, it’d be really great if we invested in our own kids,” Buzek explains. “We have this incredible executive talent [available at Super Saturday] to teach skills like networking, how important LinkedIn is, and how to do college applications and get scholarships.”

Last year, one attendee’s daughter received three job offers after speaking on a few millennial panels. It’s an opportunity for the attendees’ children to spend time with their parents while networking, learning, and understanding the broader charitable goals of RetailROI.

It’s All About the Kids Numbers like that showcase the impressive larger impact of RetailROI, but the more personal impact can be shown in the stories of what that money went toward. For instance, with the help of Intel, one of RetailROI’s earliest partners, the organization built a school in Liberia — the first school in that area in 15 years.

“We’ve done trips to about 10 countries around the world where our retail executives have worked side by side with the charities, and that has led to what I call RetailROI 2.0,” Buzek says. “People are now joining the boards of our partner charities and helping them from a business perspective.”

“Most of us, we go to college and we come out and we want to change the world. Then, life takes over. We’ve got school loans to pay, we have kids, we have soccer practice, and we get to our 40s and wonder ‘What I do every day — does it make a difference?’ And the answer is yes, if you’re willing to get past what you can’t do.”

By understanding the work people are doing, and what their needs are, RetailROI learns how best to offer their resources. The perfect example comes in a story that begins with a computer lab in a school in Honduras. After the lab was built, RetailROI continued to help the school, where the needs of the kitchen quickly became obvious. A CIO from Schlotzsky's involved with RetailROI knew that his head of franchising, John Geyerman, could add some efficiency to the kitchen. He saw the corn shucking process there — done by hand by 13-year-old girls who were handmaking 4,300 tortillas daily — and assessed the issues. Collaborating with his buyers, suppliers, and contacts, Geyerman was able to put together a million dollar kitchen for this school for only $65,000, due in large part to their volunteered skills and abilities.

But it didn’t stop there. Geyerman thought it’d be beneficial to help the girls working in the kitchen learn a trade. So working with RetailROI, they translated a food safety course into Spanish so the children could all earn food safety certificates. Catering classes were also developed to help the students become better candidates for jobs. That’s how RetailROi is making a difference. Caring concerned people are using daily job skills, but they’re turning these skills to nonprofit organizations and efforts.

“When you can start matching executives — people that think in a five-year clip — with [partner charities], it becomes a powerful combination,” Buzek says.

It’s a powerful combination that Intel is very proud to be a part of as one of RetailROI’s partners and as a sponsor of Super Saturday. You can follow RetailROI’s efforts via their Twitter for updates on Super Saturday and opportunities to get involved in their charitable work in 2017.