The Path to CIO: From Rock ‘n Roll to CIO “When I grow up, I want to be a CIO”, said no child...ever! Fireman, policeman, doctor, just about anything...but not CIO! Me? I was going to be a rock star! From the moment I first heard the Beatles and the Stones in the fifth grade, all I ever wanted to do was play guitar (after a brief stint on the drums) and write music. My path fromRock ‘n Roll to CIO was indeed a long strange trip!

Looking back on an almost 35 year career in IT there were countless people, countless events, and countless decisions that led me to the office of CIO. It would take a book to mention them all. However, there a few that stand out as inflection points in my journey.

One of the biggest inflection points came in early 80’s when I went from playing a Les Paul to playing keyboard...a 3270 computer terminal keyboard to be precise. As the 70’s came to a close, I was finally coming to the realization that as a guitar player I basically sucked! That, combined with the fact that, although I had written hundreds of songs, not one song had ever been published or even performed for that matter.

I was working as a bill collector for the credit card division of a large bank when the planets aligned. I was given the opportunity to represent our department on the project team that was building a new computer system to run credit card operations. While I was “just” the user representative, I had the opportunity to work along some great developers. I was even given access to the reporting writing system and began to build some reports.

About this same time the Commodore 64 was released. I bought one and was hooked! From that moment on all I wanted to do was write software. I devoured every textbook I could find on coding, SDLC, database theory and design. Eventually, I was given the opportunity to move from being a user representative on the project to actually being a developer on the project. I can’t begin to thank my peers (Joan, Bob, Glenn, John, Lynda, Jane and countless others) on that team for their patience and mentoring as I developed from being a novice to writing damn good code! I couldn’t play guitar like Keith, George or Eric, but I soon learned I could make that mainframe jump, jive and wail! 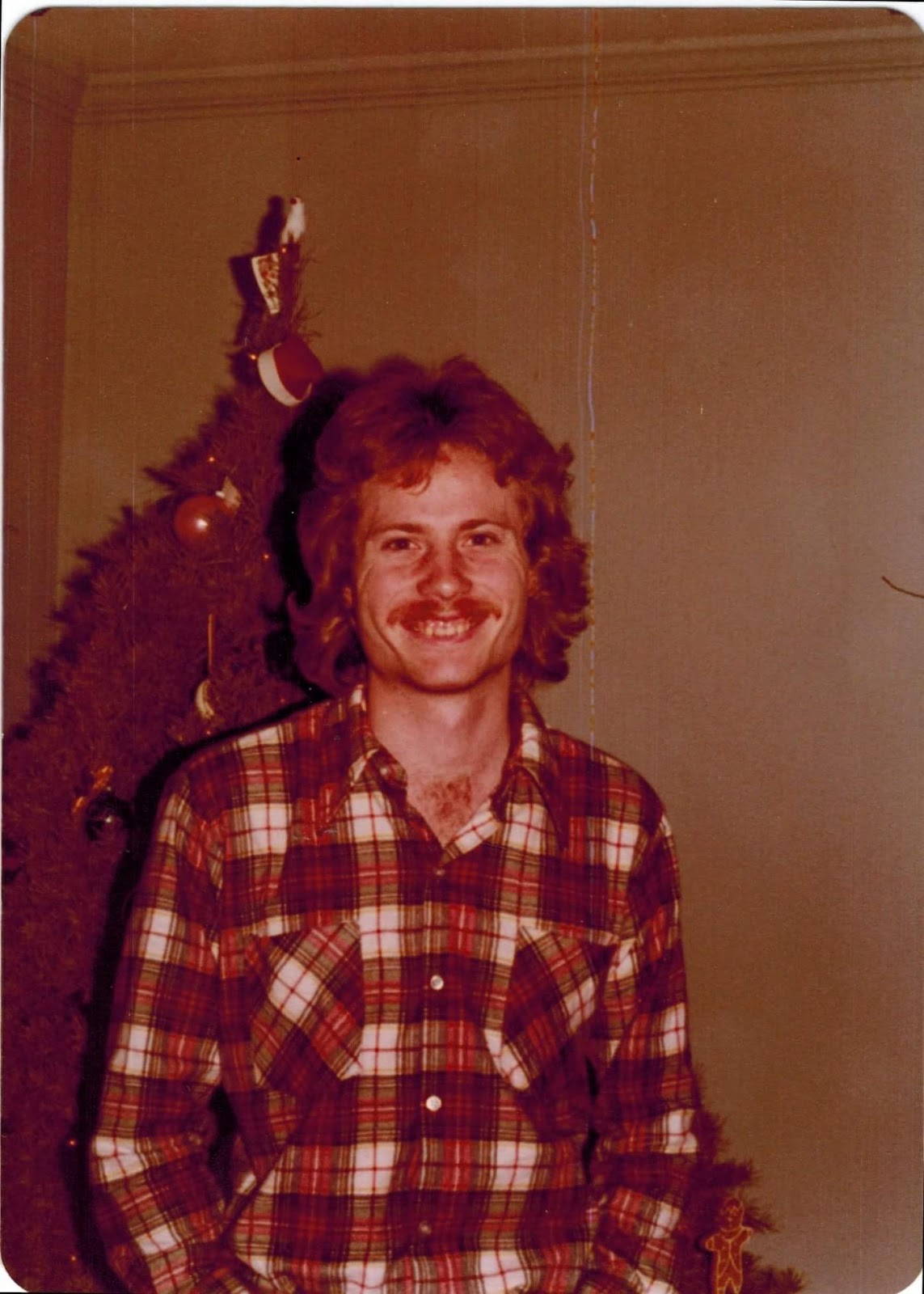 Fast forward about a decade and half. I was the lead developer for the order management system at Thomson Consumer Electronics. I had been there about five years as a contractor...a self-described long-haired hippie COBOL programmer...and I LOVED it! We had a team of about 5 programmers keeping the mainframe going and another 15 or 20 building a new warehouse management system using a “new” platform called “client-server”. My team and I were responsible for the mainframe side.

For a lot of reasons, the project was in trouble. It was years behind schedule and millions of dollars over budget. The company made a change and brought in a new manager, Dennis Cuffel, to run our teams. He was not new to the company, just new to us. The first move he made was to hire me off contract. Then it started. “You need to be a manager. You’d be good at it.” I always replied with the same thing. “Nope, don’t want to play the games”. I’ll give him credit. He was persistent.

A few months later, Carmen Hillenburg, the account manager for a national consulting company and I were having lunch. About five minutes into lunch she said, “You ought to be in management. You’d be good at it!” I just shook my head and asked, “Dennis put you up to this, didn’t he?” She denied it. (She has been denying it now for over 20 years, you see, we’ve been married now for almost 15 years, so I guess I have to believe her!). She was as persistent as he was. Months later, I finally agreed and became the application manager for the team when my boss was promoted.

It was now post Y2K. I had been promoted from application manager to director. At this point, I had a team of over 50 employees and dozens of contractors. The team was spread across four different continents. I think for about five years, I spent more time in airports and hotels than at home...Paris, Mumbai, LA, Brussels, Poland, I had enough stamps on my passport I had to get it replaced. I found that they were right...I was good at it...and, I LOVED it!

I am not sure when or how the idea of being a CIO crept into my head. I don’t recall thinking about it much. The company I worked for was huge, the CIO was in Paris. The highest position in North America was General Manager. That role was filled by my boss, Tom Kerby. I learned a lot about management and leadership from Tom. He was a good boss and an incredibly nice guy. However, I wanted more. Our company was downsizing. It seemed like our entire job revolved around budgets and more specifically, budget cuts. I was faced with a decision. I could either move to Paris as an ex-pat or move to Southern California. Spending a few years in Paris sounded very appealing, but after a couple years, you come home and everything and everyone would have changed. Then what? Southern Cal didn’t really appeal to me. Too crowded. So, I made the decision to look elsewhere.

I drafted and sent an email to about 20 people I knew throughout the area letting them know I was interested in making a move. Within minutes, I received a response from a former colleague who was now General Counsel for a real estate developer. He said I had to talk with them. They were looking to “upgrade” their IT department and I would be perfect to help do it. Within days I was interviewing. Several weeks later, I left my job of 14 years to become the VP of IT for Lauth Group, reporting to Ron West.

It was an intense few years on skyrocketing growth, both for the company and for me. Ron was into personal development. Ron was REALLY into personal development. I know I fought a lot of it, it was TOO intense. But looking back I can say it was those few years that turned me from just another “IT Guy” into a leader and into a CIO. One of the books he had me read was “Leadership and Self-Deception” by the Arbinger Institute. Basically, it helps you look at yourself without the guises of self-deception, full transparency. Your strengths AND your weaknesses.

There is an adage in business that you should look for ways to maximize your strengths and make your weaknesses irrelevant. Leaders are encouraged to surround themselves with people that have complementary skills to compensate for their weakness. I do believe in the second part, but I think making your weaknesses irrelevant isn’t done by focusing exclusively on your strengths. I believe you need to assess your weaknesses and identify those that can NOT be “outsourced”. There are somethings on your list that can NOT be done by someone else.

For me, one of those was public speaking. I HATED getting up in front of groups and talking. Heck, I hated talking in meetings. Why? Because, what happens when you speak up in a meeting? Everyone turns to look at you! I couldn’t stand it. I would stammer and stutter, I would freeze up. I couldn’t do it. However, I knew in order to achieve the things I wanted to achieve I would need to overcome that fear. I could not have someone else do all my speaking for me. It would never work. I spent years intentionally putting myself in situations that forced me to speak to groups, all sizes of groups. It was easy and it wasn’t fun, but today I can speak to a room full of hundreds of people. Now, instead of petrifying nervousness, it’s a rush of positive energy.

I spent 10 years of my career as CIO for two different organizations. How did I go from rock ‘n roll to CIO? Through a lot of supportive people, learning from some great leaders and from some not so great bosses (no one I have mentioned here would fit into the latter category), a lot of hard work and determination, and focus on lifelong learning and personal growth.

The series, “The Path to CIO”, explores the careers of CIOs from around the globe in a variety of industries. Each month we will feature the story of their journeys and answer the question, “How DID you become a CIO?” (If you have held the role of CIO and are interested in telling your story, please reach out to me via the links below!)

Jeffrey Ton is the Executive Vice President of Product and Service Development for Bluelock. He is responsible for driving the company’s product strategy and service vision and strategy. Jeff focuses on the evolving IT landscape and the changing needs of our customers, together with the Bluelock team, ensures our products and services meet our client's needs and drives value in their organizations now and in the future

Find him on LinkedIn.

Check out more of his posts on Intel's IT Peer Network

Read more from Jeff on Rivers of Thought