5 Takeaways From SOLVE: Healthcare at HIMSS19 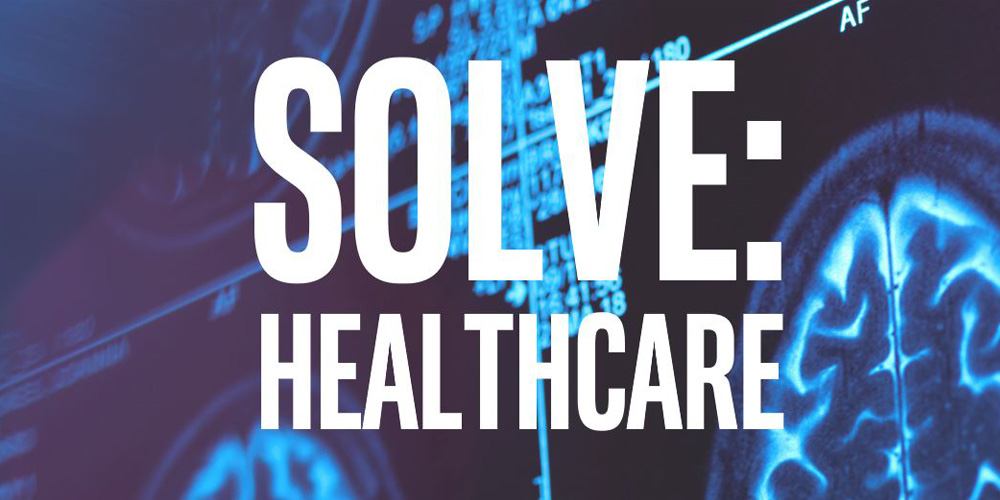 As the global strategist for Intel’s Health and Life Sciences group, staying current with the latest trends in science and technology is expected. For me, though, it’s more than that. It’s the difference between life and death. I have no choice; I have advanced cancer and I have to fight this differently—with data.

Why data? Because the answers are there. As a healthcare industry, we’re just not using it effectively enough. Thirty percent of the world’s data is healthcare data, yet just a tiny fraction of that is actually analyzed and used to inform patient care. Most of this data is unstructured data (i.e., the clinical notes your doctor types into the electronic record during a checkup), and when you combine that with new emerging data sets such as socioeconomic data, genomic data, and patient-generated data from wearables and medical devices, it’s just daunting to wrangle and find patterns in that data that could offer life-saving insight. That’s where artificial intelligence (AI) comes in.

I attended a standing-room-only panel event at the 2019 HIMSS Global Conference & Exhibition (HIMSS19) yesterday that Intel hosted called “SOLVE: Healthcare – 5 Ways AI Is Solving Big Problems Right Now.” I was inspired, educated, and comforted by what I learned listening to innovators in this space. Here are the top insights I took away from moderator Chris Gough, GM, Intel Health and Life Sciences; Dr. John Frownfelter, Chief Medical Officer at Jvion; Keith Bigelow, GM and SVP, Analytics & AI at GE Healthcare; Sri Ambati, CEO of H2O.ai, and Chiny Driscoll, Founder and CEO of MetiStream.

1.  AI Is Having a Profound Impact Right Now

Chiny Driscoll told the packed crowd a story of how MetiStream helped Rush University Medical Center use AI and natural language processing (NLP) to process two years of unstructured pathology notes in less than 36 hours. “This accelerated their ability to get that data, marry it up with structured EHR information, and improve their analysis around colon cancer risk for patients that simply wouldn’t have been spotted without it,” Chiny said.

Dr. John Frownfelter explained how Jvion helped accurately predict a patient at risk for recurrence when an oncology practice in the northwest U.S. was about to put her in their “survivorship program.” He explained, “She was about to be scheduled for her first survivorship meeting to help her plan the rest of her life now that she was ostensibly in remission, when Jvion’s solution picked up a signal that indicated otherwise. Turned out Jvion predicted she was not in remission but actually at risk for recurrence.”

How unfortunate would it have been for the healthcare delivery organization to have brought the patient through that meeting, setting an expectation that she was in the clear, and then have the rug pulled out from underneath her a few weeks later once they realized she was relapsing? Jvion flagged the risk, the doctor took a hard look at her chart, called her in and, sure enough, she had a relapse. “The AI could flag the risk for her better than the clinician could, and though existing pathways and protocols are still very important, gaps occur; when AI can offer an assist to help fill those gaps through their holistic view of the patient’s data, patients fall through cracks less,” said Dr. Frownfelter.

Chris Gough shared how Intel works with the pharmaceutical industry to use deep learning to accelerate drug discovery. Today it takes approximately $2 to 3 billion and 10 to 15 years to successfully bring a new drug to market. Could AI be used early on to evaluate potential drug candidates exponentially faster than humans alone could? Intel worked with Novartis to help them augment a technique called high-content screening (HCS).

“Researchers expose cells representative of a particular disease like cancer to many drug candidates simultaneously, and a high-quality camera collects thousands of images of the cells as the cells interact with the different drug targets, documenting their reaction,” Chris explained. “AI speeds this up; we just needed to train the neural network what to look for before it began doing its job.” The neural network Novartis and Intel developed reduces the time required to train an AI system on the images from the HCS process from 11 hours to just 31 minutes.

Keith Bigelow talked about a number of new FDA-cleared AI-related medical devices. A new 510(k)-pending device from GE Healthcare goes after detecting collapsed lungs faster. Pneumothorax occurs when air leaks into the space between the lung and chest wall, pushing on the outside of the lung and making it collapse. Frighteningly enough, this can be caused by trauma, but also cigarette smoking, drug abuse, certain lung diseases, or complications from surgery. It impacts 74,000 Americans every year and GE Healthcare built an algorithm that helps radiologists prioritize the critical cases from the over two billion X-rays done annually.

Today, patients who present with symptoms associated with this condition receive a chest X-ray, which can take anywhere from two to eight hours to read, and that delay can be fatal for somebody battling pneumothorax. GE’s Critical Care Suite will now employ a suite of AI algorithms (such as pneumothorax detection) designed to identify this potentially life-threatening condition in chest X-rays with high accuracy. The AI algorithm is hosted on the mobile X-ray system, a first-of-its-kind AI-embedded imaging device designed to share the output through an on-screen notification.

2.  AI Tools Are Quickly Changing for the Better, Making AI Easier to Adopt

“H2O.ai was formed because there wasn’t good enough tools in the open source community to scale AI effectively,” Sri Ambati explained. Ambati feels the company’s success to date is due to a grassroots movement of scientists, mathematicians, and engineers building products to quickly deploy and operationalize AI into production systems at healthcare orgs. “New open source tools like Apache Spark and Driverless AI from H2O.ai are propelling the open source space forward, enabling customers to drive more automation and access data science without having Ph.D.s and grand masters at hand to do it,” Sri said. He talked about how over 160 hospitals have used H2O.ai tools to build models without shipping data (i.e., distributed AI), and how the company combines consensus across these hospitals to help them fight sepsis in new ways. A new partnership with Intel was also announced on February 5 to help optimize and accelerate adoption of these tools.

Dr. Frownfelter emphasized the importance of demanding your AI solution provider show proven ROI and speed-to-value when you’re evaluating new solutions. He talked about how Jvion not only provides insights for risk stratification (i.e., who’s at risk for sudden decline in health), but how they can determine the next best intervention that will make a difference into that particular patient’s case while the patient is at risk. “Combining a wide variety of data—including socio-economic, clinical, and environmental data—a large customer base has been able to rapidly turn on our services for a variety of use cases, almost like flipping a switch,” John said.

According to Sri, “We’re going to solve the ‘black box’ issue, meaning today we can understand what goes in and what comes out of a neural network, but we don’t understand what goes on inside.” Because the evolutionary algorithms are being built by AI, it’s a tangled hairball of connections that we can’t really explain. “Things are emerging now that will allow doctors to decode how the machine makes predictions, and move from predictive to prescriptive with actual English explanations what will happen if you do X, Y, or Z intervention,” he said.

“Bring science into your automation to address simple operational efficiency improvements, not just SQL. Find the data sets that tell a story,” Sri advised. “Good tools have emerged that help us create algorithms that can read data and produce models, and automation has emerged to apply it without significant resources. What takes six hours now used to take six months. The cost of implementing is so low now that it’s almost table stakes to use it now. You don’t need any specialized hardware to build these; you can now plan science with large data sets,” he said.

Keith noted the importance of engaging the CFO early. “Ask him or her questions such as, ‘What are the highest value procedures you’re doing today? Which ones have the highest error rates that put you at risk? What are the large settlements you’ve had to work through due to errors in process in your institution? What is the high-volume but not high-dollar value of procedures that you perform that you want to get more operational efficiency on?’”

Chiny pointed to the importance of establishing good teamwork internally first. “I can’t stress that enough. I try to communicate to them that they need to be pragmatic on what they want to prove out on with analytics because it can seem daunting and must be bought in by all groups,” she said. She cited an example where the health system wanted to predict nurse turnover, but unfortunately didn’t have the right information in the data sets and there was a mismatch between what the business users wanted versus what IT could deliver.

4.  We Need More Collaboration in the Future to Avoid “Bias” in Data

Keith felt that the healthcare industry will collaborate with each other more to simply avoid bias in data: “In two years, we’ll see a shift from just machine learning to deep learning. Deep learning wants to operate primarily on unstructured data and have the algorithm learn for itself to detect automatically the condition that we’re interested in,” he said. “If you’re in a small hospital with 1,000 scans positive and 1,000 scans negative for tuberculous, you’re going to struggle with that algorithm on that data set. More likely you’ll need 20,000 to avoid bias and understand different machine types and the fields of view. The algorithms that we’ve submitted to the FDA were built on the backs of lots of data. If you don’t have lots of data, you’ll need to find partners to share data to address common problem so you can all benefit. By pooling data, you can work together to solve that particular problem faster.”

Staying with the futuristic theme, John pointed to the importance of integrating socio-economic data. “This has been lower in priority historically, but the bigger drivers of outcomes are socio-economic data and not clinical data. I know that is a bruise to our egos,” he said to a room full of laughter. “Though we’ve built a good job of codifying clinical data in the EMR, socio-economic data is way behind. Find solutions that capture it from external sources and mix it together.”

5. Buy-in From the Clinical Community Is Key, and New Approaches Are Working

During the audience Q&A, panelists were asked how responsive the clinical community is to programming AI algorithms into their policies, pathways, regulations, and clinical workflows.

“Providers are skeptical but hopeful at the same time,” Chiny said. “They’re looking for insight that can augment their knowledge, but at the end of day they want proof points.” As she reminded everyone, “We’re in a risk averse industry.”

Keith mentioned that when AI-powered medical devices detect a medical condition and tell the operator that this condition was just found and it’s urgent, that goes over fine. “But when we show [radiologists] algorithm mock-ups next to the four monitors they already have and need to use, they say, ‘Don’t give me another monitor. Make it invisibly integrated into my workflow and my screens; don’t make me change that.’ It comes back to being beautifully integrated into their workflow,” he said.

Lastly, Sri talked about how a large health system created a separate group that was an oversight group to change policy: “If this new oversight group found that AI could really have the impact that was worth adopting, they knew that the original oversight group would be resistant to change.”